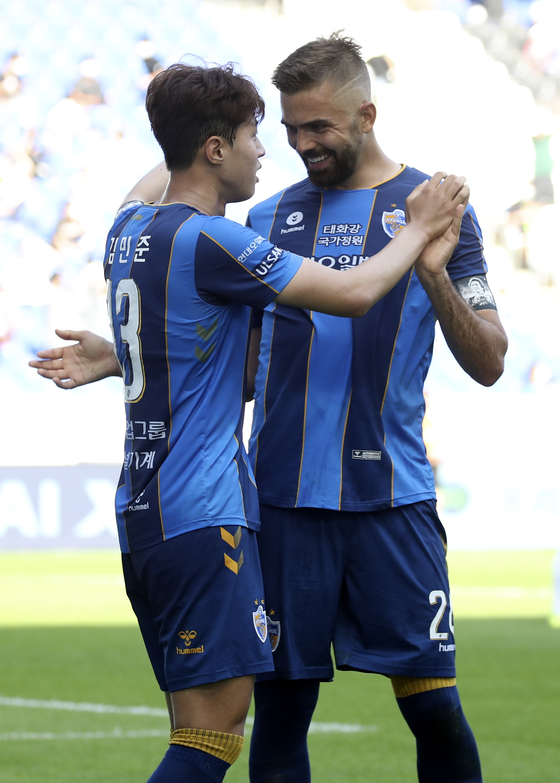 
Ulsan Hyundai Motors stayed on top of the K league 1 table for another week after drawing with Seongnam FC on Sunday.

Only two rescheduled games — FC Seoul vs. Gwangju FC and Ulsan vs. Seongnam — were played this weekend after five K League 1 fixtures were postponed in early May due to a Covid-19 outbreak. They were rescheduled to take place throughout the ongoing international break in June.

Gwangju drew 1-1 against Seoul at home on Saturday. Na Sang-ho from Seoul opened the scoring in the first half but Kim Jong-woo scored an equalizer in the second half. Gwangju is without a win for 11 games and Seoul for eight games.

Ulsan and Seongnam ended their game with a 2-2 draw. Lukas Hinterseer and Kim Min-Jun scored Ulsan’s two, while Jamshid Iskanderov and Lee Tae-hee came through for Seongnam.