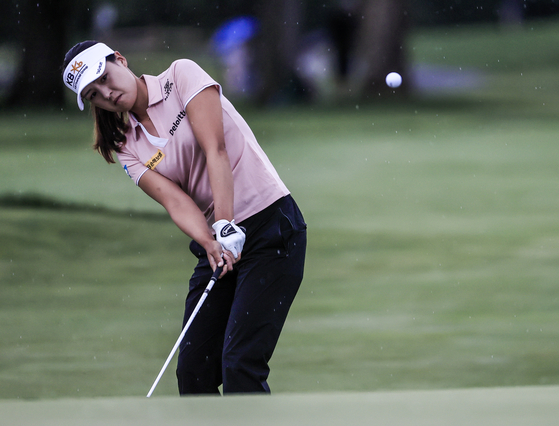 Chun In-gee chips onto the eighth green during the third round of the Meijer LPGA Classic at the Blythefield Country Club in Belmont, Michigan on Saturday. [EPA]


Chun In-gee finished tied for third at the Meijer LPGA Classic on Sunday at Blythefield Country Club in Michigan.

Chun ended tied with Brittany Altomare at 21-under-par following rounds of 63 and 64, her best finish on the 2021 LPGA Tour.

She bogied just once throughout the tournament, on the par-4 second in the first round, and birdied nine holes on the last day.

“I had three bogey-free rounds on the last three days,” Chun said in a post-tournament interview.

“So I think pretty much I got a good like positive energy from the bogey-free rounds. I just want to keep going next week.”