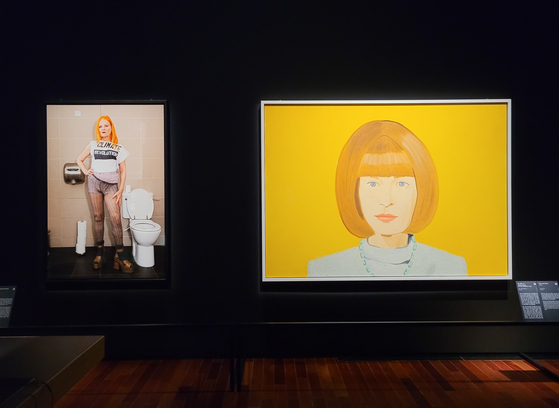 
A portrait photograph of British fashion designer Vivienne Westwood hangs side by side with a portrait painting of British-American fashion journalist Anna Wintour in a room at the National Museum of Korea in Yongsan District, central Seoul.

Westwood’s portrait, taken in 2012, is as novel and provocative as her own fashion design; the designer, 71 years old at the time, stands beside a toilet with her hair dyed bright yellow wearing a T-shirt printed with the slogan “Climate Revolution."

Meanwhile, Wintour’s portrait, painted in 2009, is simple and smart, just like her trademark bob hairstyle with neat bangs. Interestingly, the creators of the portraits are as famous as the subjects of the portraits. They are British photographer Martin Parr and American painter Alex Katz.

In another wall of the room hangs the portrait of Malala Yousafzai, a Pakistani human rights activist who fights for women's education and who is the youngest Nobel Prize laureate, created by the renowned Iranian artist Shirin Neshat in her signature style in 2018. All of the portraits are part of “'Icons and Identities' from the National Portrait Gallery, London,” a special exhibition running at the National Museum until Aug. 15.

This is a must-see exhibition in at least two aspects. First, the 78 pieces of portrait paintings, sculptures, photos and media art now on display include many works considered to be highlights of London's National Portrait Gallery, which, established in 1856, is the world’s first museum dedicated to portraiture. The Seoul museum was able to borrow the important works because the museum in London started large-scale renovation last year and will remain closed until 2023.

Highlight pieces include the portrait of the playwright William Shakespeare (1564-1616), which was the first portrait ever to be secured by the National Portrait Gallery among its vast and extensive collection, according to curator Yang Su-mi of the Korean museum; and the portrait of Elizabeth I (1533-1603), one of the most famous monarchs in world history. 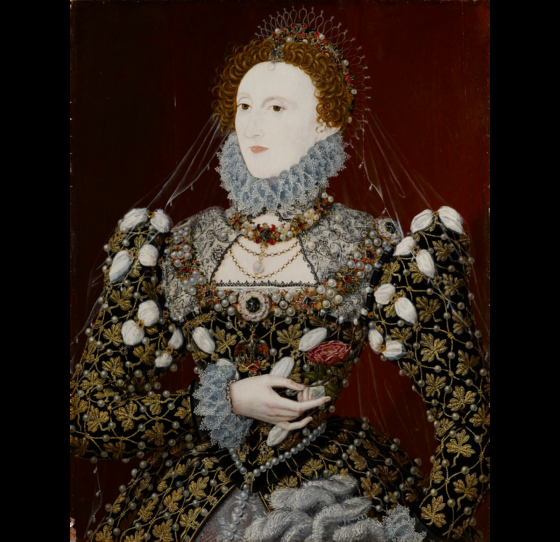 The portrait of Elizabeth I, the famous queen of England, painted in c.1573 by Nicholas Hilliard. [NATIONAL MUSEUM OF KOREA]


Portraits of revolutionists in science Issac Newton (1643-1727) and Charles Darwin (1809-1882), whose images are familiar also to Koreans as they appear in many textbooks, are also featured, along with a group portrait of the Bronte sisters painted by their younger brother. The novelist Charlotte Bronte (1816-55) and the poet and novelist Emily Bronte (1818-48) have big fans in Korea.

Nicholas Cullinan, director of the National Portrait Gallery, said in a statement, “'Icons and Identities' offers a once-in-a-generation opportunity to see a selection of the Gallery’s most cherished portraits together internationally, while the building in London is temporarily closed for our Inspiring People redevelopment. It is the first time that many of these works have left [Britain] and the first time that our exceptional Collection will travel to Korea.” 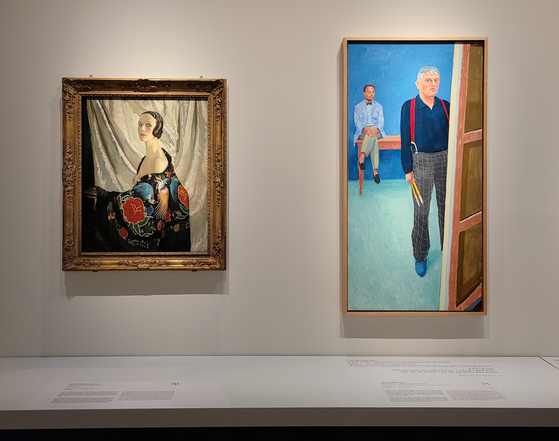 
Another reason that makes the exhibition a must-see is its special arrangement that differs from that of the National Portrait Gallery. The London museum’s vast collection is displayed generally in chronological order based on British history. As such, the visitors, who start with the dramatic story of the Tudor dynasty, may find it hard to concentrate by the time they finally reach the portraits of contemporary figures.

On the other hand, the exhibition in the Seoul museum is arranged in five thematic sections — “Fame,” “Power,” “Love and Loss,” “Innovation” and “Identity & Self-portrait.” Visitors here can see the portraits in a new context and give their attention to those of contemporary figures as well, such as the video portrait of the architect Zaha Hadid (1950-2016) by the famous artist Michael Craig-Martin and the self-portraits of the renowned artists Lucian Freud (1922-2011) and David Hockney.

“The exhibition shows life stories of 76 figures portrayed by 73 artists,” Yang said. “The figures, who have shaped the history and culture of Britain and the world over the past 500 years, also have interesting and touching personal stories, which are suggested in their portraits.” 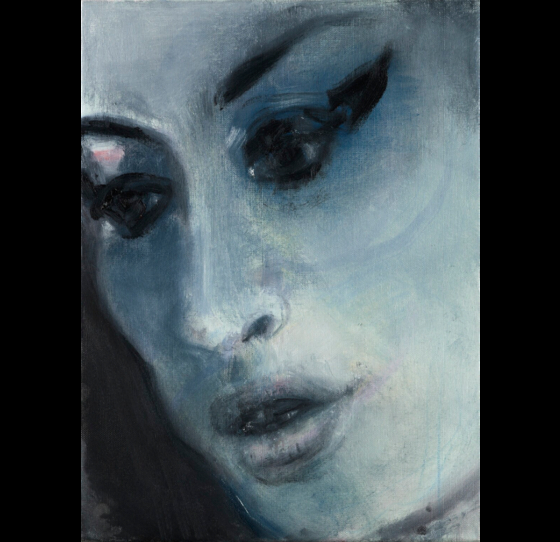 
“In addition, the exhibition explores the many different functions that portraits have had in society throughout history,” she continued. “It also provides a glimpse into art history. Ranging from paintings executed on wooden panels dating to the 16th century to holographic work from our time, the works encompass diverse periods and styles.”

Min Byoung-chan, director general of the National Museum of Korea, said, “This special exhibition was organized in the midst of the global Covid-19 crisis […] it will serve to assuage our thirst for the arts and culture from other parts of the world that we have been missing over the past year.”