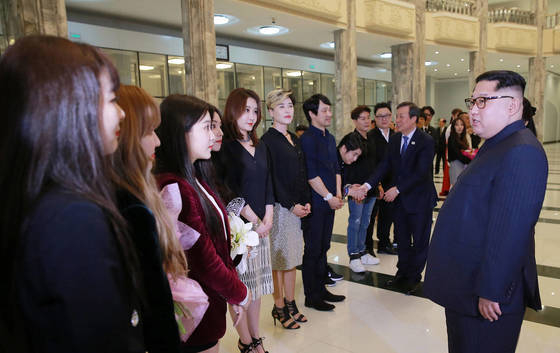 
Seoul should repeal the ban on flying anti-Pyongyang leaflets across the border and allow efforts to put information about South Korea into the hands of young North Koreans, according to a U.S. analyst.

Writing for the National Interest, Doug Bandow, a senior fellow for the conservative Cato Institute, argues that while Seoul is correct to urge the Biden administration to reach out diplomatically to Pyongyang to restrain its nuclear ambitions, Seoul should not tamp down on activities that would weaken support for Pyongyang from within, should diplomacy fail.

“If Pyongyang seems intent on becoming an ever better armed adversary, then the South should respond in kind,” Bandow writes. “That means not only arming itself to deter North Korean attack, but probing Pyongyang for weak spots and demonstrating a willingness to undermine the Kim dynasty.”

“Defectors noted that while they were initially skeptical of what they saw as fiction produced in a studio, they were amazed and convinced when Seoul and other cities were shown,” Bandow notes.

The editorial comes in response to news from North Korean state-run media that leader Kim Jong-un held a ruling Workers' Party meeting on June 15 that stressed a campaign against “anti-socialist and non-socialist practices.”

During the meeting, Kim reportedly “clarified” what was described as “guidelines in waging in a more offensive and efficient way the struggle against anti-socialist and non-socialist practices on which hinge the future of [North] Korean-style socialism and the destiny of the people.”

In recent months, Kim and his state media have come down on anti-socialist influences spreading in his country, targeting South Korean films, television dramas and popular music.

Kim has reportedly described K-pop as a "vicious cancer" that will corrupt young North Koreans.

Bandow’s editorial also highlights growing resignation inside Washington policy circles that North Korea will remain a nuclear-armed state for the time being, and that undermining the regime so long as it develops “new and more weapons” — as Bandow describes the North’s growing arsenal — is a better policy than attempting to contain its military ambitions, and that the United States and South Korea should cooperate on an information offensive.

“The most important duty of Seoul and Washington is to keep the peace. One of the most powerful tools to do so would be to present an alternative path for the North,” Bandow writes.

“Ask Kim Jong-un how confident he is that his regime can win the battle for the allegiance of North Korea’s young. […] That could prove to be the most powerful incentive available to convince him to make an enduring peace on the peninsula.”