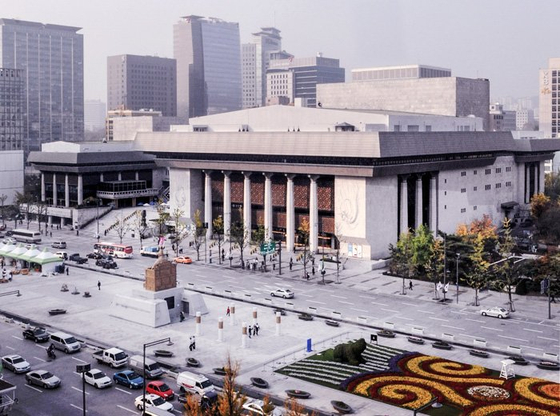 The Sejong Center for the Performing Arts in Gwanghwamun, central Seoul, in a photo provided by the center on its website. [SEJONG CENTER]


The Seoul city government is toying with the idea of turning the Sejong Center for the Performing Arts into an iconic landmark and state-of-the-art opera house, similar to the Sydney Opera House or Carnegie Hall, according to members of a city government committee, the JoongAng Ilbo reported exclusively on Wednesday.

The Seoul Vision 2030 Committee, a committee within the city government, in a meeting with Seoul Mayor Oh Se-hoon on Friday discussed upgrading several art institutes in the Gwanghwamun area, including the Sejong Center, National Museum of Modern and Contemporary Art, Ilmin Museum of Art and the Daelim Museum.

The idea is to make the area an arts and culture hub of the city, which could also include a new museum to hold masterpieces donated by the Samsung family, including national treasures and works by renowned artists such as Pablo Picasso and Kim Whanki.

For this, a complete demolition and reconstruction of the Sejong Center, founded in 1978, is also being considered.

“There is an opinion that the renovation should go beyond simple interior improvement,” a city government official told the JoongAng Ilbo. “And that could include demolishing and rebuilding the center and changing its name.”

According to the official, the committee members discussed several examples abroad to benchmark after, including the ElbPhilharmonie in Hamburg, Germany, a concert hall that took some 10 years to build and cost the city government around 789 million euros ($938 million).

One of Mayor Oh’s pledges since taking office in April was boosting the international image of Seoul. Seoul’s international competitiveness fell from 11th in the world in 2015 to 17th last year, according to AT Kearny’s Global Cities Report.

The city’s plan is to turn the Gwanghwamun area into an arts and culture hub, and the Yeouido area into a financial hub.

However, the sheer size of reconstruction and the investments involved with renovating the center could lead to a sizable opposition to the plan.

“The project could be financially burdensome, and it should be done only under the premise that the Seoulites are willing to bear the burden for the single vision of transforming the city to be more international and sophisticated,” a member of the committee told the JoongAng Ilbo. “And the project will no doubt need active investments from companies. So we will have to see if there is a consensus among investors and also among the residents of Seoul.”

Save the planet and look good doing it