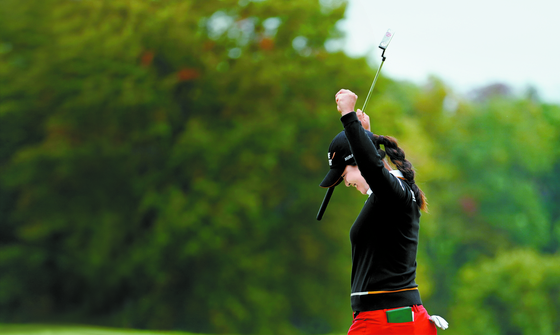 
World No. 4 Kim Sei-young looks to defend her title at the KPMG Women's PGA Championship at Atlanta Athletic Club in John Creek, Georgia on Thursday.

Kim won her first-ever LPGA major title in her sixth year on the Tour when the Women’s PGA Championship took place at Newtown Square, Pennsylvania last year. Not only did she prevail at Aronimink Golf Club, but she won in style with a bogey-free final round, outscoring runner-up Park In-bee by five shots.

Kim was unstoppable that season, capturing another win at the very next event she entered, the inaugural Pelican Women’s Championship, scoring 14-under-par. She went on to win Player of the Year.

“Last year, the memory is really special to me” recalled Kim in a pre-tournament interview. “In all the tournaments I had regrets. I could have made a better choice or better shots. [...] But after KPMG, it wasn't like that. I thought that tournament was the first perfect game for myself, yeah. I think that was really good playing last year.”

Kim isn't the only Korean powerhouse looking for a major title. This year she'll face stiff competition from world No. 1 Ko Jin-young and No .2 Park In-bee.

Korean golfers have the most wins at the Women’s PGA Championship since 1992. Park Se-ri, the Korean golfing legend who changed the face of women’s golf here, was the first Korean to win in 1998, then the second to do so in 2002 and the third in 2006.

Park In-bee matched that record, but with a bit more pazazz, winning three consecutive tournaments starting in 2013. Her first two wins came after a sudden-death playoff and she won the third after outscoring a rookie Kim by five shots.

"I can say nothing's that great, but nothing's that bad," Park commented on her current form in a pre-tournament interview. “When one thing's really bad, you're not scoring. [If] you don't have any bad part of your game, I think you're fine."

The 21-time LPGA Tour winner started this season strong, winning her first LPGA tournament of the season, the Kia Classic in March, but is still looking for her second win of the season.

Park Sung-hyun is the fourth and final Korean golfer to have won at the Women's PGA Championship, taking the 2018 edition after a sudden-death playoff with Nasa Hataoka from Japan and countrywoman Ryu So-yeon. 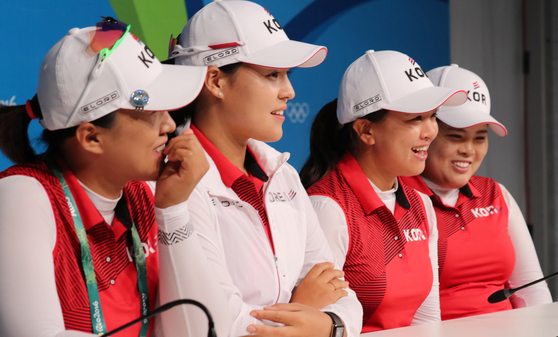 
The Women’s PGA Championship is the last tournament before the official ranking is finalized ahead of the 2020 Tokyo Olympics.

Korea currently has four female golfers ranked in the top 15, so is set to secure four Olympic berths. No. 1 Ko, No. 2 Park and No. 4 Kim will be taking the top three seats, with No. 8 Kim Hyo-joo set to round off the four-woman squad.

Park and Kim Sei-young have experience playing at the 2016 Rio Games, when golf returned to the big stage after more than a century. Kim finished tied for 25th and Park brought home Korea’s first gold medal in golf.

Both golfers are looking forward to the chance to represent Korea again.

“It's also my biggest wish list to represent my country, play the Olympics, so I'm very happy that I'm able to play this year” Kim said.


For LPGA Hall of Famer Park, her second shot at Olympic glory is a reflection on a long and storied career.

“Being on the Olympic team for the second time of my career, it has been a very big goal of my career,” Park also said. “I think I've played quite good, consistent golf in the last couple of years, and to be able to achieve what I wanted to achieve is, yeah, a big bonus for me because it just means I've played very consistently for the last six, eight years.”