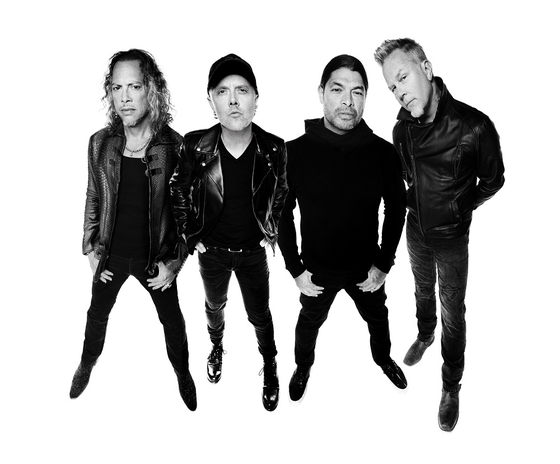 
Korean rock band YB, also known as Yoon Do-hyun Band, will be the only Korean band to take part in U.S. heavy metal band Metallica's 30th anniversary reissuance of its legendary album "The Black Album" (1991), to drop on Sept. 10.

According to Metallica's label Universal Music, the band will celebrate the 30th anniversary of its Grammy-winning "The Black Album" with a project album titled "The Metallica Blacklist," in which 53 acts from all over the world will choose their favorite Metallica song and remake it with their own spin.

Artists participating in the album remake will include Elton John, Miley Cyrus, Yo-Yo Ma, Juanes and, of course, YB. YB will remake "Sad But True" (1993), the fifth and final single from "The Black Album."

The profit made from the album sales will go to a charity of each act's choice as well as the charity founded by Metallica — the All Within My Hands Foundation.

The profit made by YB's version of "Sad But True" will go to Korea's environmentalist civic group Green Korea and All Within My Hands Foundation.

"The Black Album" was one of Metallica's many Grammy-winning albums and is known to have been a pivotal work in their musical style.

Metallica will release a remastered version of "The Black Album" along with "The Metallica Blacklist" project.