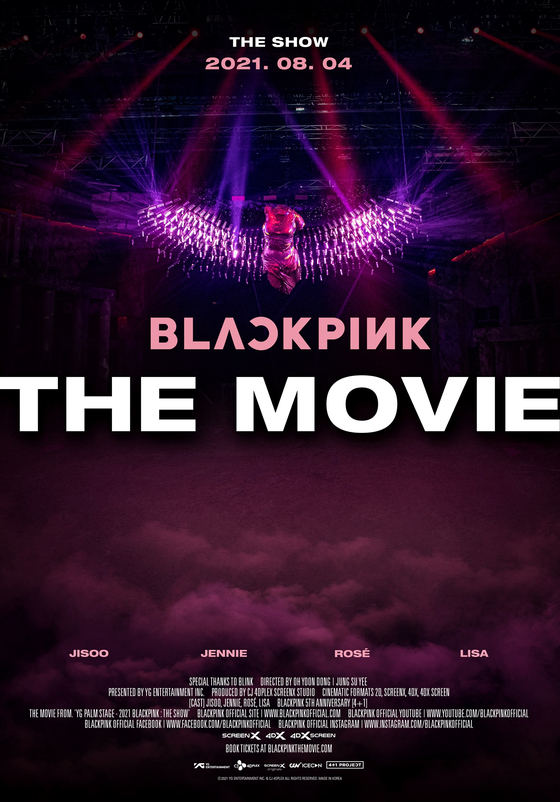 YG Entertainment announced earlier this month that the movie will be released as a part of the band's fifth-anniversary project, dubbed the "4+1 Project," which will involve more to-be-revealed elements.

The film will mainly feature footage from the band's past concert performances and also include special videos that have not been revealed in the past, such as member interviews.

"Blackpink The Movie" will premiere in CGV cinema branches across the country and in 100 other countries around the globe. Ticket sales will start on June 30.