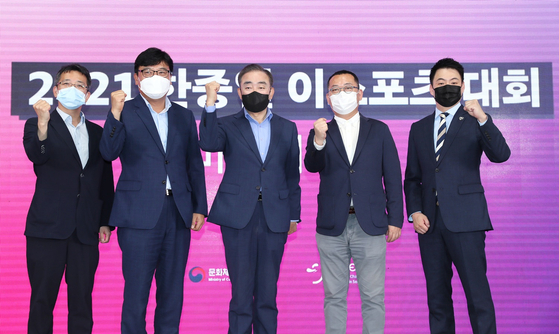 Former MCST minister and head of the ECEA organizing committee Yoo Jin-ryong shared in his keynote address that ECEA was the first instance of the three national governments officially working together to hold an international esports tournament, and that it would hopefully serve as a reference for esports events to be held at the upcoming 2022 Hangzhou Asian Games.


ECEA 2021 is set to run for three days at Seoul Olympic Park in Songpa District, southern Seoul, from Sept. 10th to 12th. Roughly 180 players, staff and officials from the three countries will take part in the proceedings. The event was originally planned for November 2020 — discussions started in February 2020 — but the Covid-19 pandemic forced organizers to push the date back by nearly a year.

National team rosters have yet to be announced, but Gen.G Esports general manager Lee Ji-hun will be head coach of the Korean team.