After years as Korea's mom, Goh gets romantic in 'Everglow'

After years as Korea's mom, Goh gets romantic in 'Everglow' 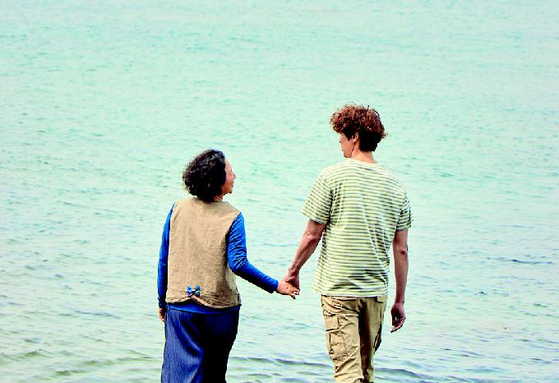 Actor Goh Doo-shim holds hands with actor Ji Hyun-woo in a scene from "Everglow," which will hit local theaters on June 30. [MYUNG FILM]


Actor Goh Doo-shim, well-known for taking on a motherly role in a number of different TV dramas and movies, gets to show a different kind of love in new movie "Everglow."

In the movie, set to hit theaters on June 30, Goh, who was born and raised on Jeju Island, plays the role of Go Jin-ok, a Jeju haenyeo who dives to gather seafood to provide for her family. Go, the Guinness World Record holder for holding her breath for the longest, has a strong and abrasive personality and quickly locks horns with documentary producer Gyeong-hun, who has traveled to Jeju to interview her.

After Go saves Gyeong-hun, who is in his 30s, from drowning in the sea, she begins to open up and starts to feel the kind of romantic emotions that she has never experienced before.

Goh discussed her experience playing a very different kind of character in an interview with Ilgan Sports, an affiliate of the Korea JoongAng Daily. Below are edited excerpts.

Q. Why did you decide to do the movie?


A. I was thinking of Jeju Island. Because it is a story about haenyeo, I thought I might be the one who was closest to [being able to play this part well]. I have played mothers in many different projects for 49 years, so I thought I could finally have my wish to do a melodramatic piece. I was curious to see who would play my counterpart. (Laugh)


The director said he wrote the scenario thinking about me. He said Jeju Island reminds him of me and my face reminds him of the scenery in Jeju. He must have seen something to say such things. It feels burdensome because there’s that much anticipation, but I took this job thinking that there wouldn’t be that many people who could play haenyeo as I do. Haenyeo is what represents Jeju. Their energy made Jeju. Their spirit is Jeju’s spirit. So I started to think that no matter how difficult it is, I had to do this role.


What are some things you did as you prepared to play the part?


I have seen haenyeo close since I was young. The households that have working haenyeo continue to keep that tradition alive over the generations. My family cultivated crops in a farm, but I have many relatives who were haenyeo. That’s how I know what they do. And what they do is inexplicable.

You have to really see how they live right on the edge that separates life and death. They just rely on that one lifeline to dive into deeper water. They are almost always suffering from headaches and taking medicine. They feel the difficulties of working with the pressure underwater and have to hold their breath. And I can’t imagine how cold it is underwater. It is impossible to stay underwater for a long time. It is really tough to reiterate all the pains they experience.


What was it like to play a part in a romance film?


This grandmother is over 70 years old and she has not given up on the idea that she is a woman. A woman never lets that idea go until they die, no matter how old they get and how tough life can be. That’s why it is possible to develop intersexual connections.

Of course such things might be rare, and it might be difficult to call that love, but it is possible and it is very a movie-like thing. I think that's how this story comes to life. Personally I think this could be a bit of a stretch, but I also don’t think that it is impossible. The role isn’t something you get easily, but it wasn’t something that I would immediately say I couldn’t do. 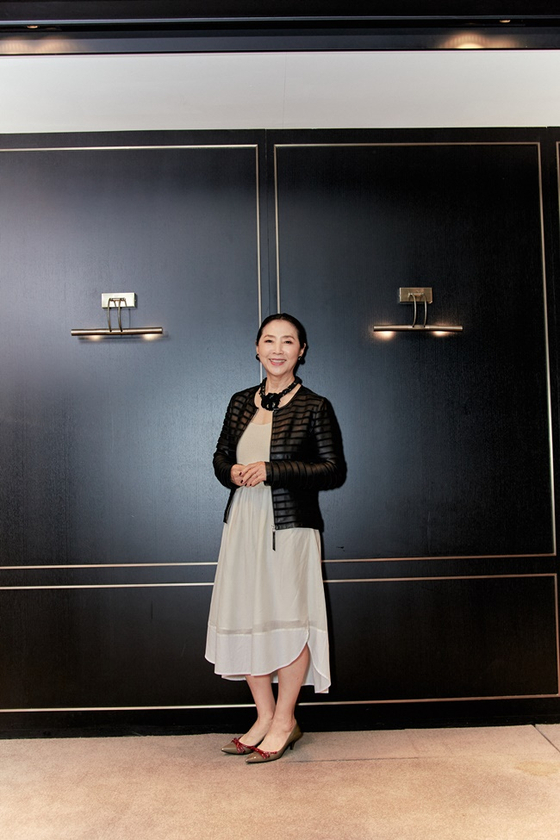 
What was it like to make a match with actor Ji Hyun-woo?


At first thought he was so thin. He didn’t seem to have much of a masculine charm. But then, after we were done filming the movie, he became more masculine. He started to have broader shoulders and got bigger. Now I see his masculinity. But, when I was acting, I didn’t think much about that.

Ji really knows how to entertain himself even when he is alone. He really puts a lot of effort into doing things. He always shows up early and takes a trip to Mount Halla in his time off. It is premature to evaluate him based on just his looks. He is considerate and deep. He has become someone who I can trust. There was no problem at all with filming. It was nice.


Are you happy that people associate you with Jeju Island?


Because I work in Seoul, people say I remind them of Jeju and Jeju reminds them of me. That idea is really huge. I need to do well not to insult any other people in Jeju.


What do you feel about people thinking of you as a motherly figure?


I hope not everyone thinks of me that way. I’m no Sumi Jo or Cho Yong-pil, and I feel the burden of being called gukmin umma (the people's mother). Being a mother is being somebody's whole world. I have gotten that image from a long time ago and here I am. That’s such a difficult thing for me and where do I head now?

Will I be blamed for playing a character who developed romantic feelings for someone younger? The world must have really been changed. The changed world has led people to think in a different way.