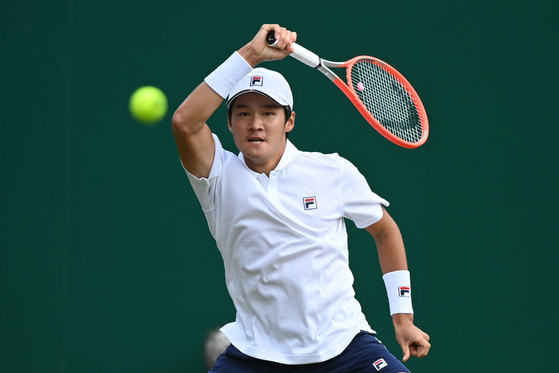 
Korean tennis player Kwon Soon-woo crashed out of the semifinals at the 2021 Eastbourne International in Eastbourne, England, losing to world No. 18 Alex de Minaur on Friday.

De Minaur, the No. 2 seed in the tournament, beat Kwon in straight sets on Friday, although the Korean rising star put up a good fight in the second set. The match ended in the world No. 18's favor, with the score at 6-3, 7-6.

The Australian went on to win the final against Lorenzo Sonego of Italy on Saturday.

Just reaching the semifinals was impressive for Kwon, who wasn't actually supposed to be playing. After losing his qualifier to Britain's Alastair Gray over the weekend, Kwon was knocked out of the Eastbourne International.

Despite the loss to de Minaur, Kwon still had a good week. On Wednesday the Korea Tennis Association announced that he has qualified for the 2020 Tokyo Olympics.