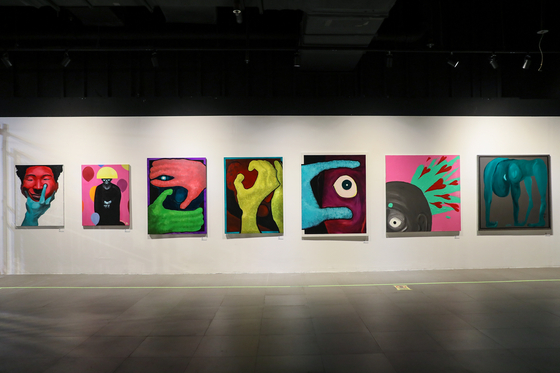 The exhibition kicked off in March 2020 at the State Hermitage Museum in St. Petersburg, the second-largest art museum in the world after the Louvre in Paris. To celebrate the 30th anniversary of Korea and Russia establishing diplomatic relations, the museum invited 16 Korean contemporary artists as part of its Hermitage 20.21 project.

London-based art gallery Parallel Contemporary Art (PCA) co-hosted "Korean Eye 2020." The exhibition faced delays due to the Covid-19 pandemic and finally ran from Sept. to Oct. 2020 at the Saatchi Gallery in London as part of the START Art Fair, founded by the PCA.

Seoul is the exhibition's third and final stop. 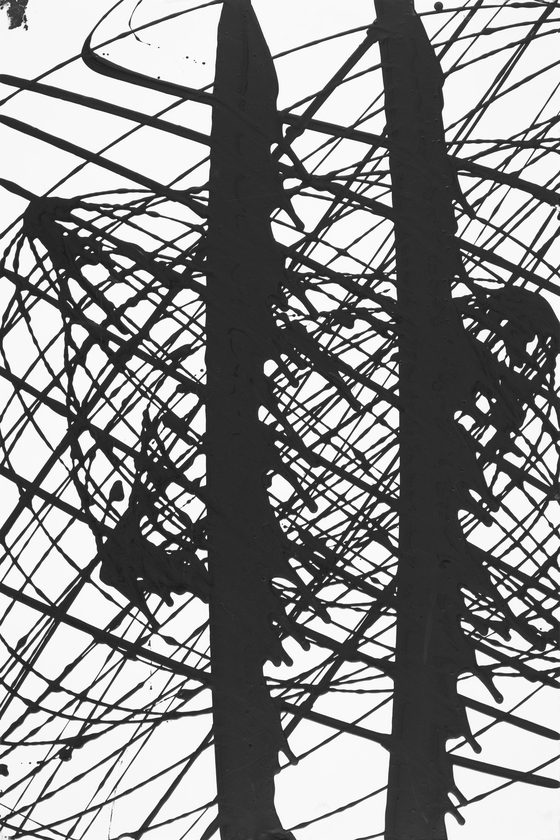 In Seoul, “Korean Eye 2020” will feature works by 30 Korean contemporary artists selected by the Ciclitiras, the State Hermitage Museum’s director of contemporary art Dimitri Ozerkov and Director Philippa Adams of the Saatchi Gallery. Unable to visit Seoul this time due to the pandemic, they curated the exhibition space in Seoul via dozens of hours of video conferences.

Although the Ciclitiras and Ozerkov have met countless artists around the globe, they said there’s something that makes Korean artists stand out. 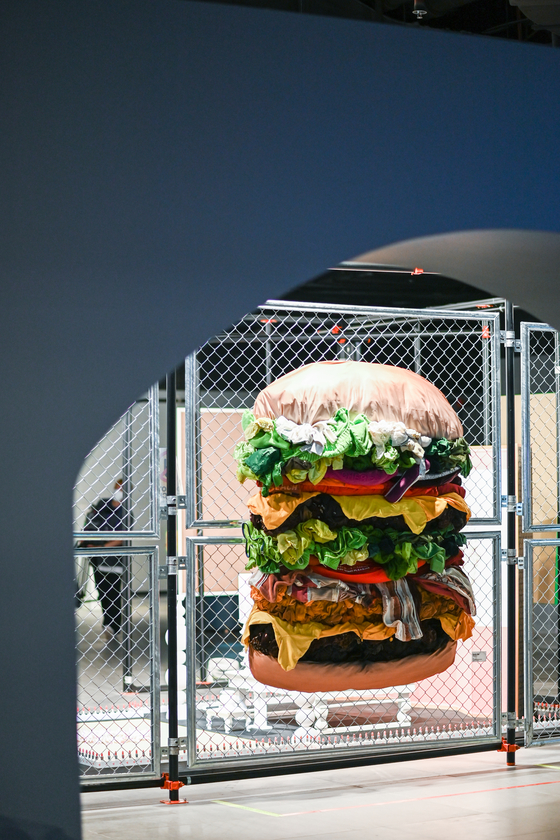 “It’s that Korean artists use their skills in order to create their works out of things we would not use traditionally to create art.”

One example is artist Kim Eun-ha’s “Bon Appetit” (2019), an artwork made with abandoned clothes arranged to look like a hamburger. That piece is featured on the poster for “Korean Eye 2020” in Seoul.

“I collected clothes from donation bins and clothes my friends and I no longer wore,” Kim told the Korea JoongAng Daily.

“I was thinking how modern society’s quickly changing trends lead to clothes getting thrown away easily and ending up destroying the environment. Those clothes smelled like their former owners, and that made me feel like people’s memories were being thrown away. So I thought of recreating them into something that represents fast fashion.” 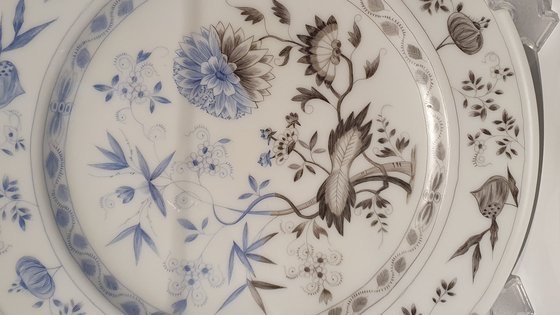 
Artist Lee Se-kyung’s work also uses ingredients that are out of the ordinary: hair and ceramics.

In her work “East to West” (2010), Lee shaped human hair into intricate patterns on readymade ceramic plates. Some hairs were dyed to express different colors.

“When you find hair on your plate [in your food], it makes you frown and lose your appetite,” said Lee, “but the two coexist in my works.”

Ozerkov said the artists’ “connection to their Korean traditions” stood out to him.

“I would say that Korean art pretty much reflects society and its different kinds of beliefs," he said in the video press conference.

"Its stories, fairytales, rituals — all of these are embodied in their works." 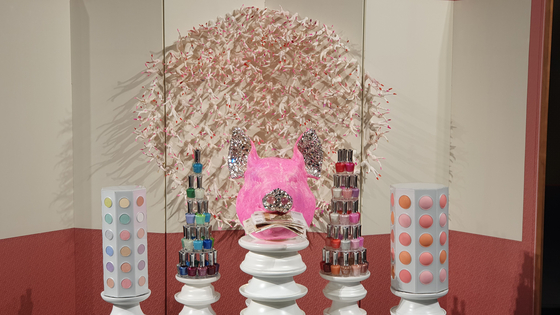 
For “Korean Eye 2020” in Seoul, K-pop singers have also joined. Mino and Kang Seung-yoon of boy band Winner are participating under the respective nom de plumes Ohnim and Yoo yeon. Five of Ohnim’s pieces were on display last year at the Saatchi Gallery in London. Singer Henry Lau uses a swinging pendulum to splatter paint on canvas. 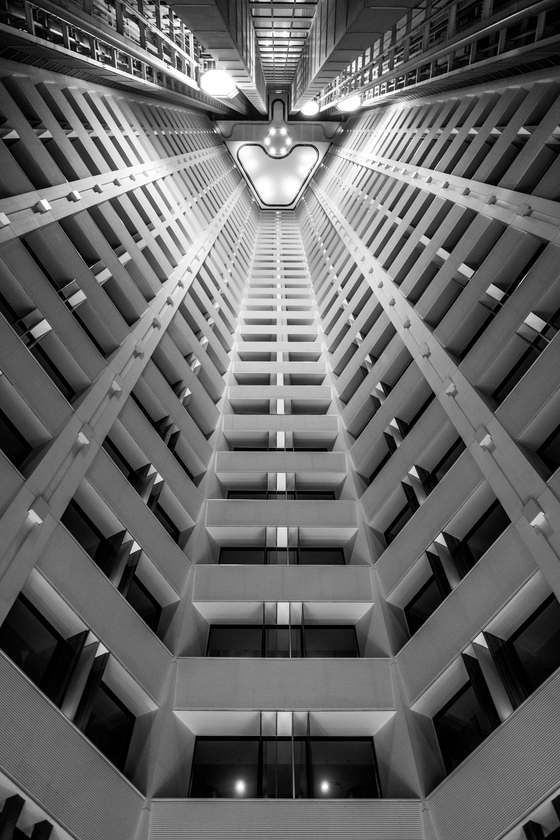 The website, which soft launched at the same time “Korean Eye 2020” opened in Seoul, offers emerging Korean artists’ works to buyers all over the world. Artists can even sell non-fungible token (NFT) artworks and get paid via cryptocurrency.

The exhibition is open every day from 10:30 am to 10 p.m on the first basement level of the Lotte World Tower Mall until July 25.