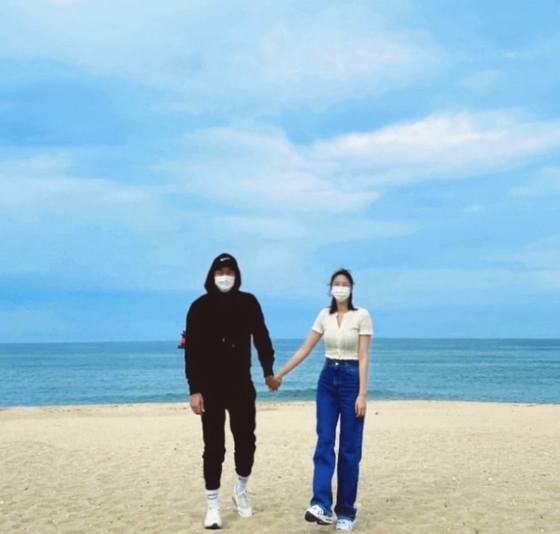 Singer and actor Kim Yoon-ji, also known as NS Yoon-G, posts a photo of herself with her groom-to-be on the beach to announce her plan to get married in September. [SCREEN CAPTURE]


Singer and actor NS Yoon-G is getting married in September and shared the news on her Instagram account on Monday.

“I now have a person with whom I want to spend the rest of my life,” said the celebrity in a handwritten letter in the photo. “He is someone who continuously gives love and trust to me, who is [not perfect.]”

She also released a photo of herself holding hands with the groom-to-be on a beach. The fiancé is someone the singer has known since elementary school, and they developed more romantic feelings in the last year.

The talent, whose real name is Kim Yoon-ji, debuted in 2009. After she had released some hit songs like “If You Love Me” (2013), she worked more as an actor in many different TV shows including tvN drama “Mine,” which ended its run on June 27.