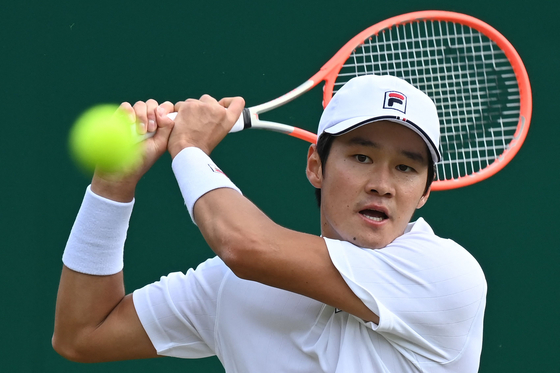 
Korean tennis player Kwon Soon-woo has moved up to No. 71 in the world ATP ranking after reaching the semifinals at the 2021 Eastbourne International in Eastbourne, England, where he lost to world No. 18 Alex de Minaur on Friday.

Kwon is now just a few points away from matching his career high ranking, at No. 69.

Kwon is now competing at Wimbledon in London, England, with his first match against No. 222 Daniel Masur of Germany set to begin late on Monday as of press time.

After reaching the third round at the French Open earlier this month, Kwon will be looking to translate that form on to grass to get his first win at Wimbledon.