Samsung Electronics has unveiled a new smartwatch user interface based on an operating system jointly developed with Google, bidding farewell to Tizen, the company’s own operating system that has long been used on Galaxy Watches.

New Galaxy Watches, including the Galaxy Watch 4 due to to be released later this summer, will come with the new user interface, according to the electronics company at Mobile World Congress (MWC) on Tuesday.

Dubbed One UI Watch, the new interface for the wearable device is designed to deliver a more seamless user experience between Galaxy-branded smartwatches and mobile phones.

When a user downloads a smartwatch-compatible app on their phone, the corresponding app will automatically install on the watch.

The deployment of the new OS, tentatively called Wear, will bring more fundamental changes as the Google-backed system will open up the ecosystem for third-party apps, a major shortcoming that Tizen had.


Samsung said a wide variety of apps including Adidas Running, Spotify, YouTube and Google Maps will be available on the upcoming Galaxy Watches.

Its decision to collaborate with Google is intended to push up its market share in the wearable device market that trails behind Apple.

Samsung ranked in second place with 11.8 percent of wearable device shipments in the first quarter, according to market tracker IDC, while Apple topped the list with 30.1 percent. Xiaomi came third with 10.2 percent.

Galaxy Watches’ lack of access to apps has been considered a major deal breaker for many smartwatch buyers. 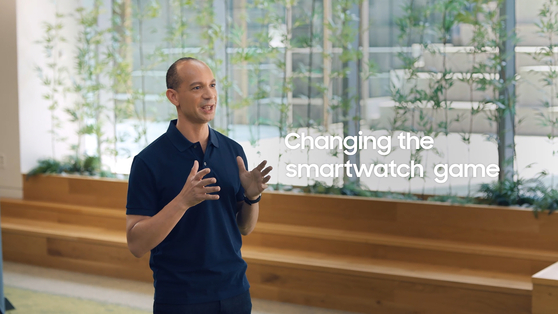 
Samsung expects the new collaboration to solve that problem for many users.

“To unlock the full potential of these wearables, we’re leveraging our long legacy of mobile innovations and our partnerships with trusted industry leaders who have grown with us in our open ecosystem,” said Patrick Chomet, executive vice president and head of customer experience at Samsung Electronics, in a statement.

“Through these efforts, we will enrich our smartwatch experience and convenience of the Galaxy ecosystem for our consumers.”

Google noted that on top of the access to third-party apps, the new OS could bring improved battery life and faster performance.

“Samsung and Google have a long history of collaboration and whenever we’ve worked together, the experience for our consumers has been dramatically better for everyone,” said Sameer Samat, vice president of product management at Google.

“That certainly holds true for this new, unified platform, which will be rolling out for the first time on Samsung’s new Galaxy Watch. In collaboration with Samsung, we’re thrilled to bring longer battery life, faster performance, and a wide range of apps, including many from Google to a whole new wearable experience."