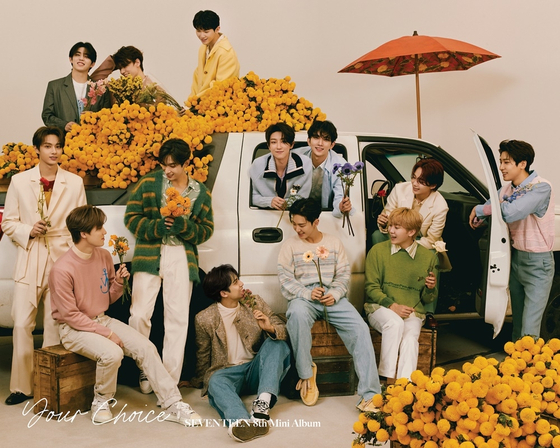 
Boy band Seventeen’s latest EP “Your Choice” ranked No. 15 on the Billboard 200 for the first time.

Although the band is popular in Asian countries such as Japan, this is the first time the band made it to the Billboard’s main album chart.

Its agency Pledis Entertainment reported on Friday that 1.36 million copies of “Your Choice” were sold within a week of its release between June 18 and 27.

Since the release of the EP, the band appeared in American television shows such as ABC’s “Jimmy Kimmel Live!” and MTV’s “Fresh Out Live” to perform their lead track “Ready to Love.”

The EP is also the first time that producers from entertainment company HYBE helped to create the songs ever since Pledis Entertainment joined HYBE’s music label last year.

Seventeen Your Choice EP No. 15 Billboard 200