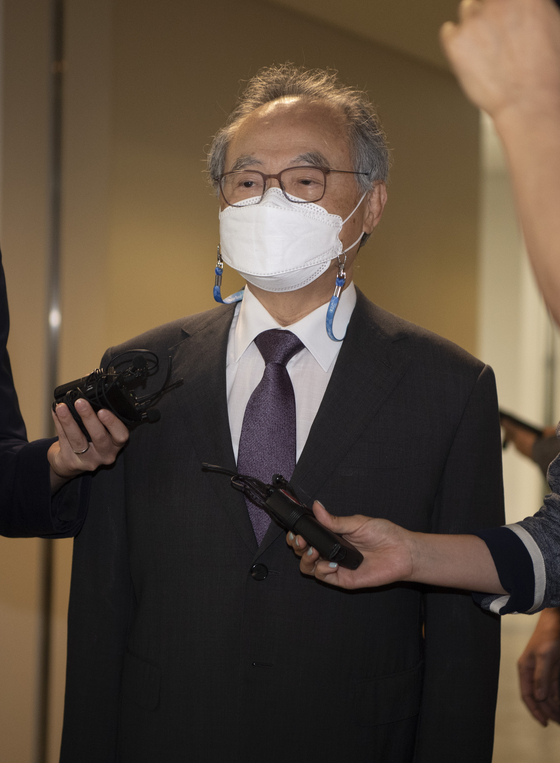 
Oh Keo-don, former mayor of Busan, was sentenced to three years in prison on Tuesday for sexually harassing a female city employee.

Judge Ryu Seung-woo, who presided over the trial at the Busan District Court, declared the former mayor guilty of causing injury through forced molestation and committing indecent assault and sentenced him to three years in prison.

The court acknowledged that Oh’s victim suffered post-traumatic stress disorder resulting from the sexual assault and that this constituted injury caused by his actions. “Through the victim’s record of seeking treatment and her doctor’s testimony, we can establish a causal relationship between the injury and the sexual harassment,” Ryu said in his judgement.

Injury through sexual harassment or assault is a felony punishable by five years or up to life imprisonment under Korea’s criminal code.


However, the court considerably reduced Oh’s prison sentence to three years in consideration of the fact that he had no previous criminal record, his advanced age, and his behavior after committing the crime.

Ryu said, “The accused at the time was the head of the Busan metropolitan government, and the crime scenes were his official vehicle and his office.

“Considering that the victim hesitated to protest strongly against his criminal behavior, his actions appear as sexual crimes enabled by his abuse of power.”

Although Oh’s legal defense said that Oh now suffered from dementia, the court did not accept this as a viable excuse for his behavior.

“Because Oh committed similar sexual harassment before the incident was reported last year, we do not accept that his crime was a one-time mistake,” Ryu said.

Oh, 71, was elected in 2018 and was the first Democratic Party (DP) mayor of the southern port city, a conservative stronghold. Oh succeeded after three unsuccessful runs.

In a seven-minute press conference aired live in April last year, Oh made an ambiguous confession of his wrongdoing after announcing his resignation.

“I apologize for having failed to fulfill the promises made to the 3.5 million Busan residents,” he said.

According to sources in the city government, Oh had asked a female public servant to visit his office to teach him how to use the computer.

Oh made inappropriate physical contact for about five minutes, the sources said, though the woman protested.

Oh's resignation sparked a mayoral by-election in Busan in early April, which the opposition party won.