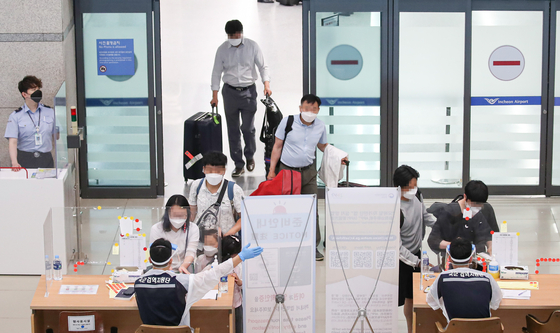 
People coming from India, Indonesia, Pakistan, the Philippines and 17 other countries where Covid-19 cases are surging will not be allowed to skip the 14-day quarantine in Korea — even if they are fully vaccinated.

The Central Disaster and Safety Countermeasure Headquarters announced Tuesday that it added India, Indonesia, Pakistan and the Philippines to a list of countries for which quarantines will be mandatory.

“The four countries, including India, were excluded from quarantine exemptions not only because of the Delta variant but also because new Covid-19 cases are surging within the countries,” Health Minister Kwon Deok-cheol said in a briefing on Tuesday.

“We are very sorry for the people subject to quarantines, but we ask for your widespread understanding of this urgent matter,” Kwon added.

The government earlier announced that quarantines would be waived for fully vaccinated people regardless of their citizenship if entering Korea for a family visit or important business, academic, public interest or humanitarian purposes from July.

One big exception was for people coming from countries where virus variants are prevalent.

Arrivals from the countries listed above must undergo the 14-day quarantine when entering Korea even if they have completed vaccinations.


Concerns have been raised about new variants coming to Korea as arrivals from Britain and Russia, where the Delta variant is rampant, are allowed to skip quarantine as long as they have completed vaccinations.

"Although the Delta variant is spreading in Britain, vaccines are found to be effective and it is necessary to further analyze the fatality rate,” Kwon said. He added that the country will also consider adding Russia to the list after looking at its situation.

Arrivals exempted from quarantine will still have to take two Covid-19 tests after arrival: on the day of arrival and on the sixth to seventh day later. They will also have to install the “Self-Diagnosis App” for Covid-19 on their phones and record their health status.

To contain the spread of the virus in the greater Seoul area, virus-prone facilities such as hagwon (cram schools), religious facilities, hostess bars and nightclubs with dancing will be under enhanced scrutiny for two weeks until July 14.

A “one-strike-you’re-out” policy will be applied to violators of social distancing rules, who can be fined and have business hours restricted.

With the exemption from outdoor mask mandates for those who received at least one shot of a Covid-19 vaccine coming later this week, the government warned that it could be reinstated if Korea sees a rise in highly transmissible virus variants.

A total of 2,492 cases of new virus variants have been confirmed in Korea as of Monday — with 2,075 people have been infected with the Alpha variant, followed by 263 with the Delta variant, 143 with the Beta variant and 11 with the Gamma variant.

The government could reintroduce outdoor mask mandates for all people by looking at the increase in confirmed cases, rather than the rise of a particular virus variant, said the health authorities. 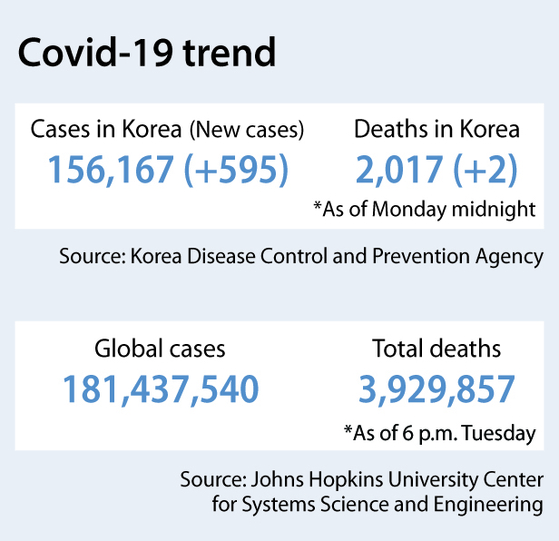