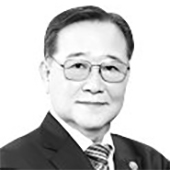 Hahm Kyung-dal
The author is a poet and former platoon commander during the Vietnam War.


I have a bitter feeling as June, the month of patriotism, is passing by. As an Army officer, I participated in the Vietnam War in 1971. Many soldiers were dispatched to Vietnam for the national interest of the Republic of Korea and lost their lives in the jungle. The tragic war between the free and communist worlds in the U.S.-Soviet Cold War era remains a trauma for many veterans today. The time has passed, and the average age of the veterans is the late 70s. But we’ve never earned honor or actual benefits.

In the U.S., soldiers who fought in wars are given the title of “national heroes” and are awarded the medal of honor. The state offers honor and welfare until the end. But in Korea, the Vietnam War veterans are being forgotten and neglected. If the country is faced with a national crisis again, who will risk their lives and fight for the country?

At the time of the Vietnam War, opposition leaders Kim Young-sam and Kim Dae-jung opposed Korea’s participation in the war for political reasons. When the U.S. was in an unfavorable position in the Vietnam War, then U.S. President Lyndon B. Johnson wanted to scale down the Eighth Army in Korea and send the troops to Vietnam in 1965. Then President Park Chung Hee came up with a scheme of keeping the U.S. forces in Korea to defend the demarcation line and sending Korean troops to Vietnam.

My generation experienced difficult times in personal fate and history. My peers experienced the Korean War children and fought in the Vietnam War in their 20s. Among 345,000 soldiers dispatched to Vietnam, 5,099 died and 11,243 were injured. The defoliant victims alone add up to 160,000. The generation helped the country and revived the economy in the extreme situation. 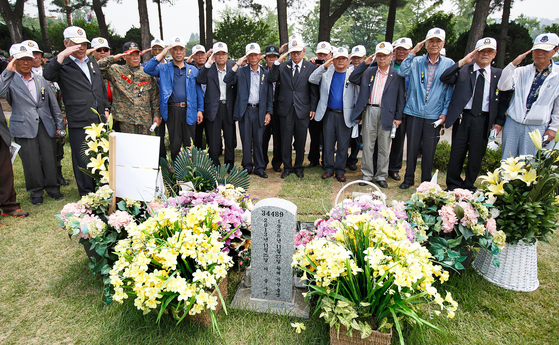 Vietnam War veterans in Korea pay their respects to the late General Chae Myung-shin in 2014, the 50th anniversary of Korean Army’s participation in the war. [NEWS1]

During Park Chung Hee’s regime, the global situation surrounding Korea was not easy. During the Vietnam War, Korea sent troops overseas for the first time. 8,000 miners and 10,000 nurses also were sent to Germany to earn money. The “Miracle on the Han” wouldn’t have been possible without the sacrifice of the nameless people, including the Vietnam War veterans.

It is regrettable that Vietnam War veterans, miners and nurses, who played a crucial role in industrializing the country and reviving the Korean economy from devastation, are ignored by both leftist and rightist governments.

Then, what did the 340,000 fellow soldiers do after the war? Unfortunately, we did not have a leader representing our voices. Of course, it’s not that we never had a chance. The veterans could have gotten the honor they deserve if the issue had been handled during the Chun Doo Hwan and Roh Tae-woo governments or while Park Geun-hye was in office. A total of 36 Vietnam War veterans were National Assembly members during the Chun and Roh administrations, but they did not discuss policies and bills to compensate the veterans. The defoliant bill was barely passed in the Kim Young-sam administration in 1993.

Let’s say that the country was poor and didn’t have enough money in the Syngman Rhee and Park Chung Hee governments. In the Chun Doo Hwan and Roh Tae-woo administrations, some politicians with military background were only focused on sharing power with the government and did not care for the veterans. After Park Chung Hee’s death in 1979, Vietnam War veterans have become the “ugly ducklings.”

Fortunately, the ruling and opposition lawmakers on May 18 motioned a special bill on compensation for the Vietnam War veterans and a special bill on the combat pay and wages, and I have a glimmer of hope. The two laws offer the honors and rights that 340,000 veterans deserve. We need the determination of the National Assembly and the president.

The Vietnam War veterans’ association must urge passing of the special bills. At the same time, I expect Vietnam War participation to be reevaluated in history.