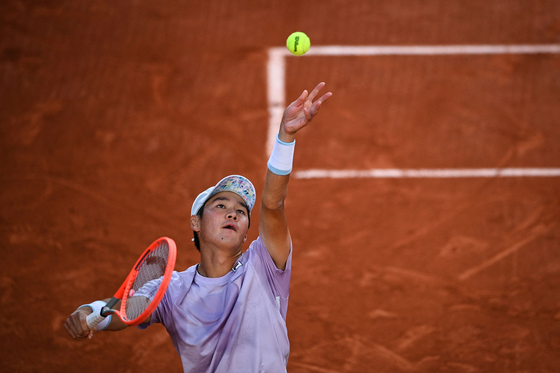 Kwon Soon-woo serves the ball to Italy's Matteo Berrettini during their men's singles third round tennis match on Day 7 of The Roland Garros 2021 French Open tennis tournament in Paris on June 5. [AFP/YONHAP]


Korea will be represented in the men's singles tennis event in Tokyo, returning to the Olympics for the first time in 13 years.

Twenty-three-year-old Kwon Soon-woo, currently World No. 71 in the ATP ranking, made the Olympic cut on June 23.

The worlds' top 56 players qualify for the big stage, but Kwon was able to qualify with some players dropping out of the Games and because the entry is limited to four players per country.

Korea first participated in tennis at the 1988 Seoul Summer Games where Kim Bong-soo and Yoo Jin-sun played in the men’s single competition and Lee Jeong-myung and Kim Il-soon competed in the women’s singles.

Kim Bong-soo and Kim Il-soon both reached the third round of the tournament. 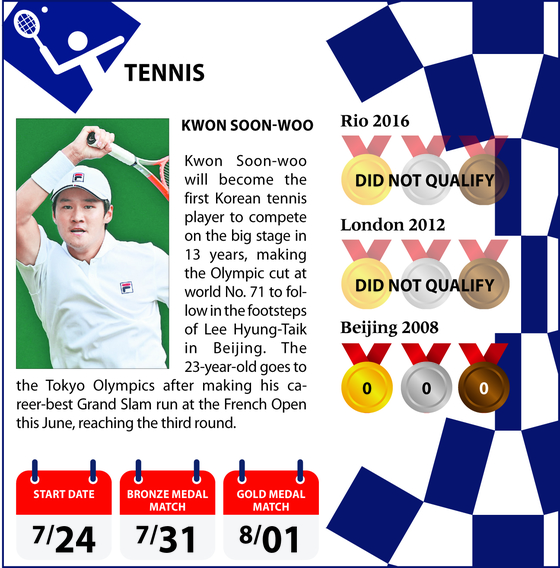 Kwon will look to smash through that record at the Tokyo Games.

Kwon arose as Korea's new tennis hopeful in November 2019 when he became the third Korean tennis player ever to ever reach the top 100.

During Kwon’s junior career, he was often stuck in the shadow of Chung. But winning at two ATP Challenger Tours in 2019 allowed him to make a big jump in the world ranking.

This year, Kwon has been playing better than ever. After reaching the semifinals of the 2021 Eastbourne International in Eastbourne, England where he lost to world No. 18 Alex de Minaur on Friday, his rank is now close to his career high No. 69, a record made in March 2020.

He beat the former No. 5 Kevin Anderson 3-1 in the first round of the French Open and reached the third round at the Stade Roland-Garros in Paris, France this June, a first for Kwon.

Only two other Koreans, Chung and Lee, have reached the third round in Paris, and neither made it any further. 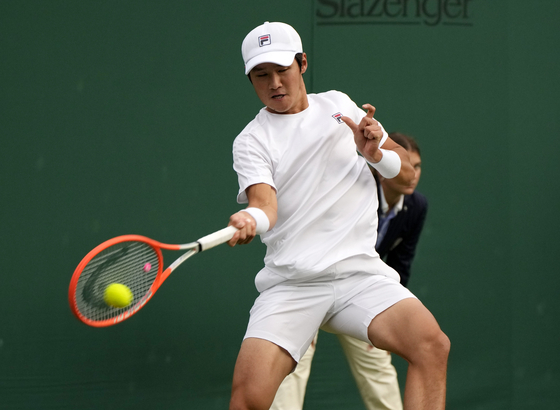 Kwon Soon-woo returns the ball to Germany's Daniel Masur during the men's singles match on day one of the Wimbledon Tennis Championships in London on Monday. [AP/YONHAP]


Kwon is currently looking to translate that form on to grass at Wimbledon. Kwon will return to Korea after the grand slam event is finished to train in preparation for the big event.