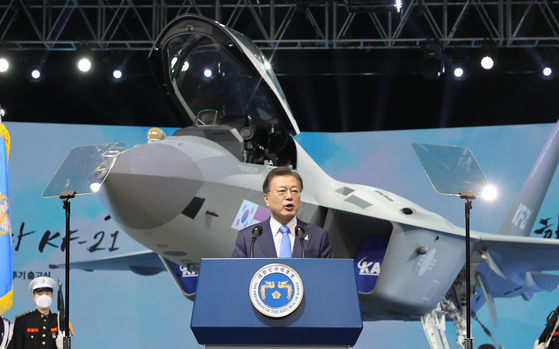 KAI is Korea’s leading manufacturer of military aircraft and airplane parts. Any hacking attempt can be sensitive considering KAI’s defense and aerospace work.

A KAI spokesman confirmed the company found hacking attempts in its system but did not say when the attack happened. The company didn't know whether any information was leaked during the attack, the spokesman added, and is waiting for the police to find out.

“We apologize for causing public concern," KAI said in a statement, "and promise to make every necessary effort to enforce our security system.”

People Power Party (PPP) lawmaker Ha Tae-kyung claimed the attack was by a North Korean hacking group called Kimsuky that was looking for information on the first Korea-made fighter jet, the KF-21.

The lawmaker accused Kimsuky of hacking the Korea Atomic Energy Research Institute on May 14.

“If KAI was indeed hacked, there’s a high possibility that the blueprint for the KF-21 fighter jet was stolen,” Ha said.

“The National Intelligence Service has been busy covering up North Korea’s hacking attempts, despite my repeated requests to fully disclose details on such accounts,” he added.

According to Ha, the Defense Acquisition Program Administration confirmed to his office Tuesday a hacking attempt on KAI, but refused to give details including who the attacker was and whether any information was leaked.

Since 2015, KAI has been developing the KF-21, also known as Boramae, with technology transferred from state-owned aerospace institutes. It will be Korea’s first fighter jet with main parts using local technology.

A prototype of the aircraft was unveiled in April. The company plans a test run next year.

Earlier this month, hacking attempts were made on shipbuilder Daewoon Shipbuilding & Marine Engineering (DSME), Korea’s leading manufacturer of submarines and a supplier to the South Korean navy.

Ha and some government officials suspect those attacks were part of North Korea's pursuit of DSME technology for nuclear-powered submarines. The shipbuilder was attacked by North Korean hackers in 2016, which resulted in the leak of 60 naval design secrets.