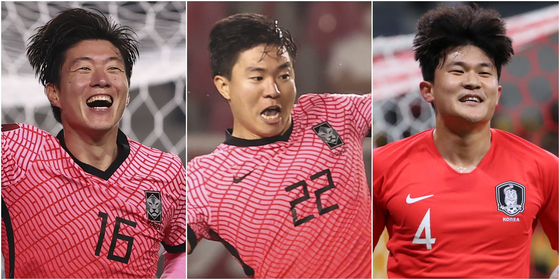 
Kwon, who joined the Suwon Samsung Bluewings after an international career in Germany and France, is the only wildcard from the local league. As an attacking midfielder, he will bolster Korea's offense alongside Bordeaux forward Hwang.

The Tokyo Games will mark the second time Hwang has been called up to the U-23 team as a wildcard, having previously appeared at the 2018 Asian Games where he scored nine goals in seven matches.

While Hwang and Kwon take care of the offense, Kim Hak-bum has called in the big guns to take care of the back line, adding Beijing Guoan center back Kim Min-jae as the final wildcard pick.

Kim, known as "The Monster" for his formidable defense, was also part of the Asian Games squad, earning his spot as a genuine U-23 player at the time.

The KFA still has to seek permission for Kim to play, rather than heading back to Beijing, where the season is ongoing. If the Beijing club refuses, the head coach will have to fill his spot from a 50-person substitution list at least 24-hours before the first match against New Zealand on July 22. 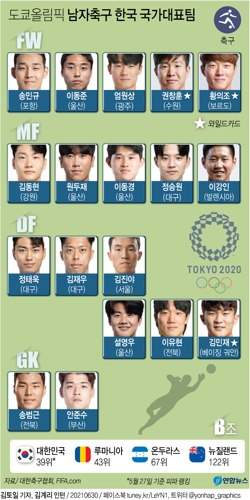