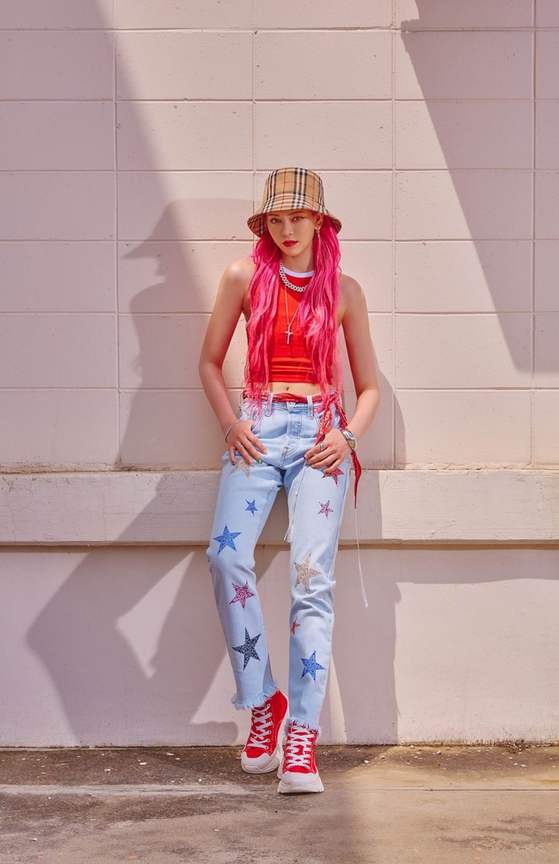 The palindrome title signifies that it can be "the start, or the end, of the singer’s identity as an Artificial Intelligence (AI)," according to her agency, ZB Labels.

AleXa’s last full-length album, “Decoherence,” released in October 2020, marked the end of her identity as a human. The agency did not confirm if the singer will continue her identity as an AI on her next EP.


The lead track “Xtra” was arranged by producers J.Gusmark, L.Evers, E.Berg and M.Carlebecker, while the lyrics were written by producer Hwang Sung-jin, known for his work with girl group Mamamoo and boy band Oneus.

The music video for "Xtra," which was released earlier Thursday on YouTube, features singer BM of the mixed-gender group KARD.
Another track “Obsession,” flaunting hip-hop and electronic influences, is the first song for which AleXa wrote the lyrics.

The singer participated in the third season of cable channel Mnet’s “Produce” series, “Produce 48,” in 2018 and debuted in October 2019 with her single “Bomb.” She rose to stardom through short-video sharing platform TikTok, on which she currently has over 469,000 followers.