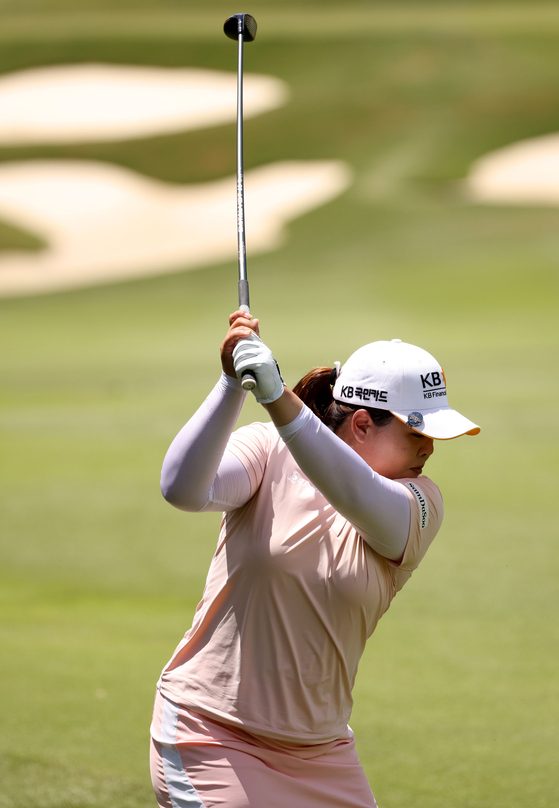 Park In-bee plays her shot on the 14th hole during the third round of the KPMG Women's PGA Championship at Atlanta Athletic Club on June 26 in Johns Creek, Georgia. [AFP/YONHAP]

After the KPMG Women's PGA Championship ended on Sunday, the International Golf Federation announced the final qualifying 60 female players, including world No. 2 Ko, No. 3 Park, No. 4 Kim Sei-young and No. 6 Kim Hyo-joo on Tuesday. 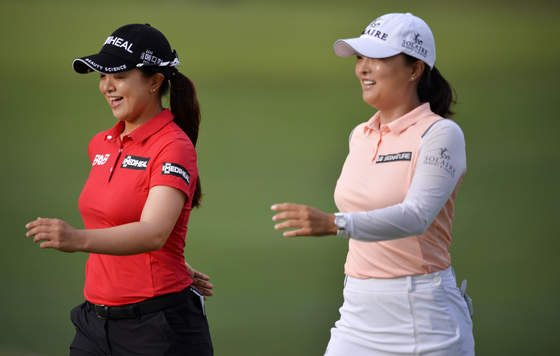 Kim Sei-young and Ko Jin-young walk from the first tee during the second round of the KPMG Women's PGA Championship at Atlanta Athletic Club on June 25 in Johns Creek, Georgia. [AFP/YONHAP]


While all four qualified comfortably, Ko and Park moved down one place in the world ranking after American Nelly Korda jumped up to first. Korea won her third LPGA tournament this season at the Women's PGA Championship. Ko had held the No. 1 position for 701 days since June, 28, 2019.

Having been on good form this season, Kim Hyo-joo jumped up two spots up from her previous No. 8 position after winning her fourth LPGA Tour event at the 2021 HSBC Women's World Championship at the Sentosa Golf Club in Singapore in May and finishing tied for third at the KPMG Women's PGA Championship at Atlanta Athletic Club in John Creek, Georgia on Monday.

Korea is one of only two countries with the maximum four competitors eligible to compete in the women's event in Tokyo. The United States is the only other country that gets to take four female golfers to the Games.

Both Park and Kim Sei-young were part of the Korean contingent in Rio, with Park ultimately walking away with the gold medal, making her the only women's golf Olympic gold medalist in history.

The LPGA Hall-of-Famer is looking to repeat that Olympic glory this July, once again alongside Olympic coach Pak Se-ri, who coached Team Korea at the Rio Games. 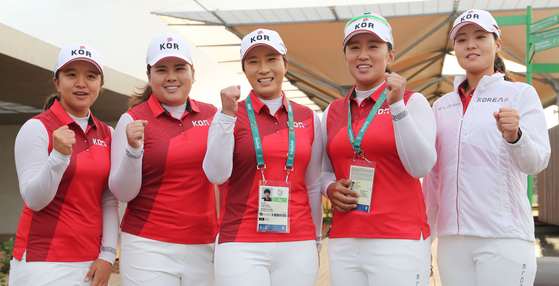 
The extended three-year qualification process for the men's golf competition completed on June 22 with No. 11 Im and No. 21 Kim set to play at Tokyo.

Im and Kim are both new to the Olympics, with An Byeong-hun and Wang Jeung-hun flying the flag for Korea at Rio 2016. An finished tied at 11th and Wang tied at 43rd.

Korea has never won an Olympic medal in men's golf, but Im and Kim will be looking for a chance to win alongside Olympic coach K.J. Choi, an eight-time PGA Tour winner. 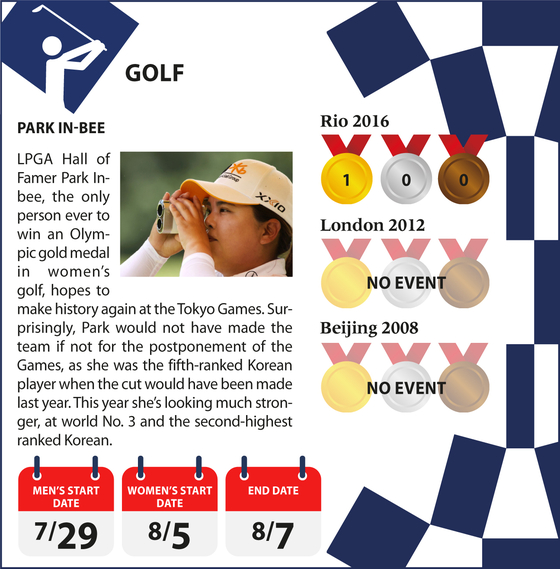 The golf tournament will be played as a 72-hole stroke play for four days at the Kasumigaseki Country Club in Saitama, Japan.