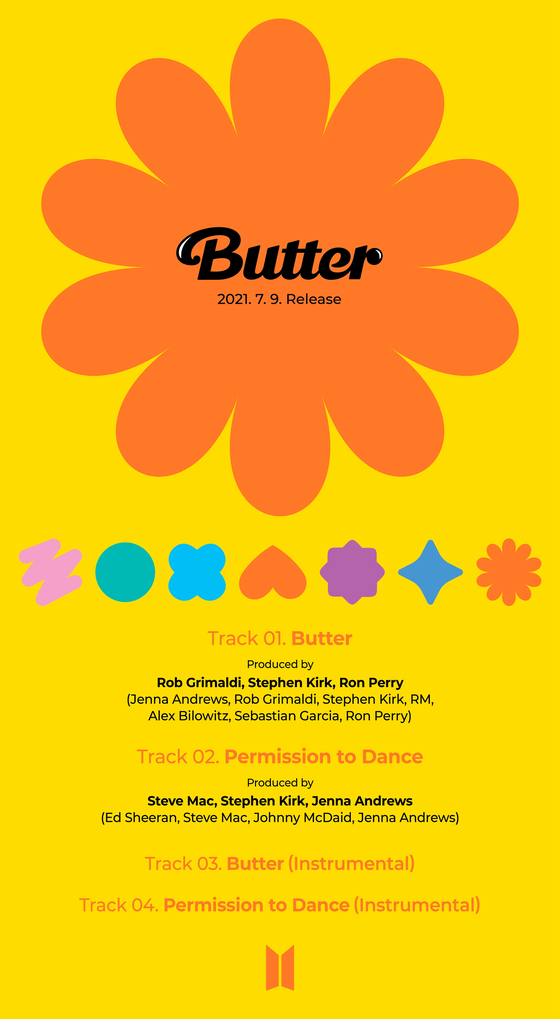 
Boy band BTS will drop its new song "Permission to Dance" produced by British pop star Ed Sheeran on July 9, according to a tracklist BTS posted on its social media on Friday.

BTS posted an image of the tracklist for its upcoming EP "Butter," a physical album that will feature its most recent megahit "Butter" and "Permission to Dance," a new track.

The band's agency Big Hit Music previously introduced "Permission to Dance" as a "song that will move the rhythm in your heart."

Sheeran participated in writing the song and lyrics for "Permission to Dance."

This is not BTS's first time collaborating with Sheeran; the band worked with the British singer for "Make It Right," a track on its fourth full-length album "Map of the Soul: 7" (2020).

The album will also include instrumental versions of "Butter" and "Permission to Dance."

"Butter" was released on May 21 and has topped the Billboard Hot 100 singles chart for five consecutive weeks so far, breaking the band's own record.