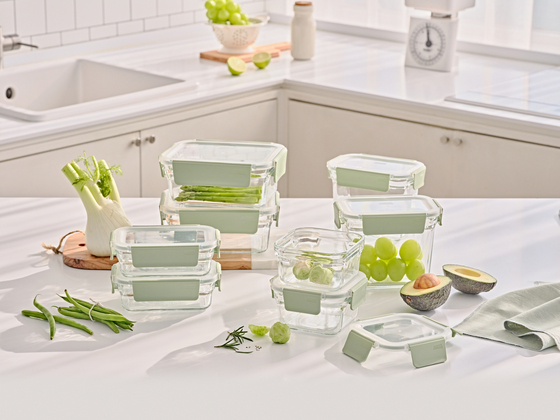 Walk into any kitchen goods shop anywhere in the world and chances are there are food storage boxes available. They're likely transparent, made of plastic or glass, and probably have lids that seal shut to make sure food stays fresh.

Very few of those containers will come from companies as serious about food storage as Korean brands like Glasslock and LocknLock, household names here that have built their entire business primarily around one thing and one thing only — storing food and keeping it fresh.

In a market that may appear to be saturated, these brands have managed to stand out by keeping it simple — a box, a lid, four flaps and an airtight seal. That formula works so well that they're now seeing success far beyond Korea, in Europe, the United States and China.

LocknLock first released its recognizable boxes in the late 1990s, using a patented airtight sealing system to immediately stand out. Since many Korean dishes are prepared with liquid-based seasoning or paste like soybean sauce and hot pepper paste, the leak-proof function of these containers was considered critical.

To compete with seasoned cookware brands abroad like Pyrex, Rubbermaid and Luminarc, the Korean companies have stuck with their expertise on airtight locking systems and other functions like heat resistance.


Glasslock has bolstered its presence in the United States and Europe in recent years with its lineup focusing on glass containers, while LocknLock targeted neighboring Asian countries like China and Vietnam.

Both contributed to pushing Korea onto the list of the top 10 exporting countries in the markets mentioned, allowing the country to diversify export items other than chips and electronic devices. 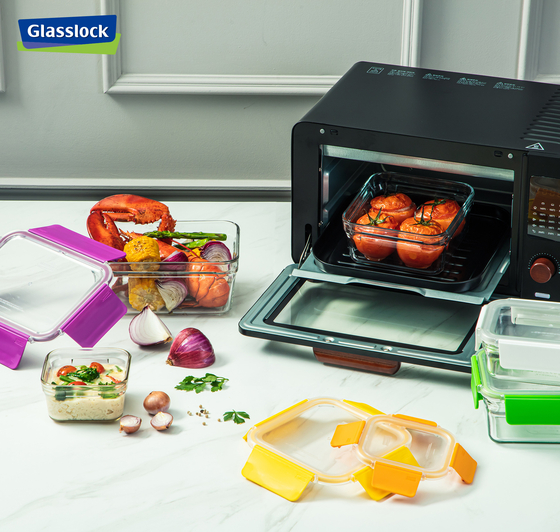 
Preferences for which material food storage containers should be made out of varies depending on the region. European countries are at the forefront of switching to glass containers from cheaper plastic options due primarily to the environmental impact of plastic.


Many Asian countries, on the other hands, prefer plastic containers thanks to their durability and affordability.

The U.S. is somewhat in the middle since plastic containers remain in the mainstream, but some environmentally-conscious consumers are moving towards glass.

SGC Solution, a Seoul-based glassware manufacturer that owns the Glasslock brand, spotted the possibility in the early 2000s of its airtight glass food containers taking off outside Korea.

“At the time, Pyrex and Luminarc produced kitchen glassware, but we were the first in the world to supply glass airtight food containers fitted with heat resistance,” said a spokesperson at SCG.

It launched the kitchenware brand in 2006 in North America, following a domestic launch in 2005.


Fifteen years after the launch, the U.S. now stands as Korea’s largest export market for airtight food containers made of both glass and plastic, according to data compiled by Korea Trade Investment Promotion Agency (Kotra).


Exports of glass airtight containers to the U.S. totaled $14.8 million last year, up 6.5 percent compared to the previous year.

European nations hold the strongest growth prospects for glass-based food containers, owing to strict regulations against the use of plastic.

“The EU has implemented a new tax on plastic waste and the German government will ban the use of plastic bags starting in 2022,” said a report drafted by Kotra’s Frankfurt office.

“Those measures will push up demand for alternative products including glass containers,” it said.

On top of reduced environmental effects, the glass containers don’t stain easily and do not contain harmful chemicals. Still, they are heavy and can be damaged.

Sales of plastic household products shrank by 8.9 percent to 9.3 billion euros last year, according to the German Association of the Plastics Converters.

To further boost its appeal, SGC strengthened its oven-safe line, given the high rate of oven use in North America and Europe.


Plastic is still the norm


Major Asian markets still stick with plastic food containers as they are easier to use and cheaper than ones made of glass.

China stands as the third biggest market for plastic airtight containers with exports from Korea amounting to $10.08 million, up 11.2 percent over a year ago.

As LocknLock’s products are predominantly plastic, its presence is stronger in Asian countries including China, Vietnam and Indonesia.

China accounts for 32.2 percent of LocknLock’s entire revenue as of the first quarter this year, following 32.9 percent in Korea.

Vietnam takes up 11.9 percent, according to Sung Hyun-dong, an analyst at KB Securities.

The pandemic further spiked demand for plastic containers in China as more people started packing their lunch on their own to avoid gathering in groups.

“The pandemic raised awareness of hygiene in China,” according to a Kotra report, “Demand for airtight containers is rising with more people carrying lunch boxes.”


The kitchenware brand is trying to broaden its range of products to scale up its business.

LocknLock is branching into thermal bottles, other cookware like flying pans and pots and smaller appliances including air fryers.