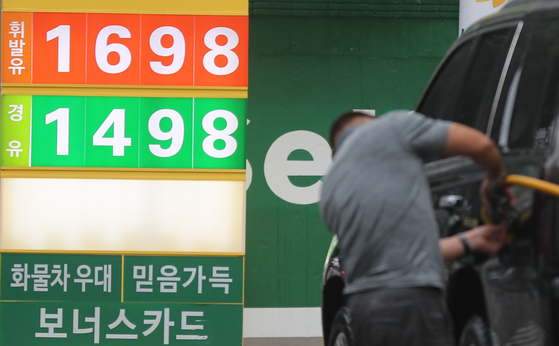 A price panel at a gas station in Seoul on Sunday shows gasoline at 1,698 won ($1.5) per liter. Oil prices in Korea rose for the ninth consecutive week to reach the highest level in nearly three years amid a global oil rally. The average gasoline price nationwide was 1,600.9 won per liter in the last week of June, edging up 13.5 won from a week earlier, according to data provided by the state-run Korea National Oil Corporation. [YONHAP]

[WORD_ON_THE_WEB] 'I understand the appeal of electric cars'