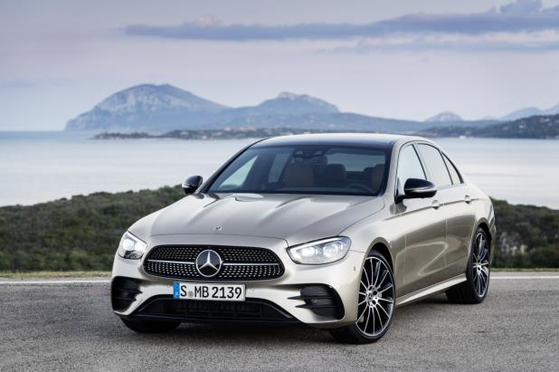 Mercedes-Benz's E-Class was the bestselling model in Korea's imported car market this year as of June. [MERCEDES-BENZ KOREA]


One out of two imported cars sold in Korea this year as of June were either a Mercedes or a BMW models, according to sales figure released by the Korea Automobile Importers & Distributors Association (Kaida) on Monday.

Mercedes-Benz and BMW vehicles accounted for 53.08 percent of the imported cars sold in Korea in the first half. Tesla is not a member of Kaida, so its sales figures are excluded from the statistics.

Their performances were stronger than those of three domestic carmakers – GM Korea, Renault Samsung Motors and SsangYong Motor – all of which sold fewer than 35,000 units during the cited period.

Audi maintained its No. 3 spot in Korea’s import market in the Jan.-June period this year, delivering 10,798 units, which is up 7.2 percent on year. Its market share came to 7.31 percent.

Volkswagen came in fourth, with 7.31 percent of the market, followed by Volvo, with a 5.92 percent market share.

Jaguar, Land Rover and Citroen performed poorly in the first half. 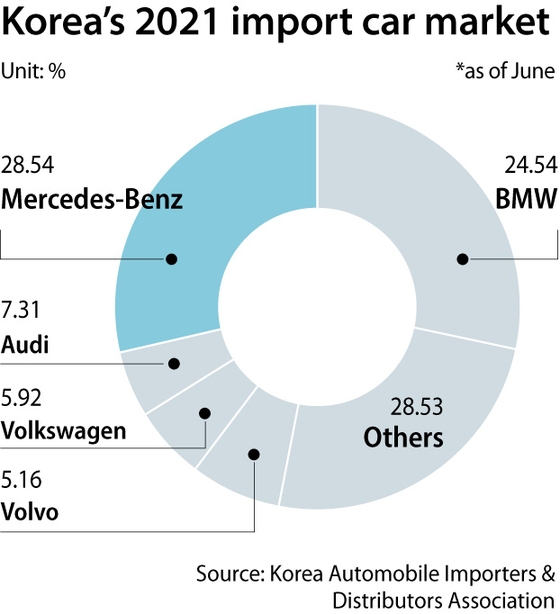 Sales of Jaguar and Land Rover, both of which are subsidiaries of India’s Tata Motors, fell 40.3 percent and 40.1 percent respectively year-on-year during the cited period.

Six models from Mercedes-Benz were on the top 10 list for imported cars this year as of June. Its E-Class sedan was the bestselling model, with 14,733 units delivered, followed by BMW’s 5 Series, with 10,823 sold. Audi’s A6 sedan was in third, at 5,556 units.

Tesla, according to CarIsYou data, delivered 6,750 units in Korea this year as of May. It shipped 3,391 units of its bestselling Model 3 sedan and 3,344 units of Model Y SUV during the cited period.