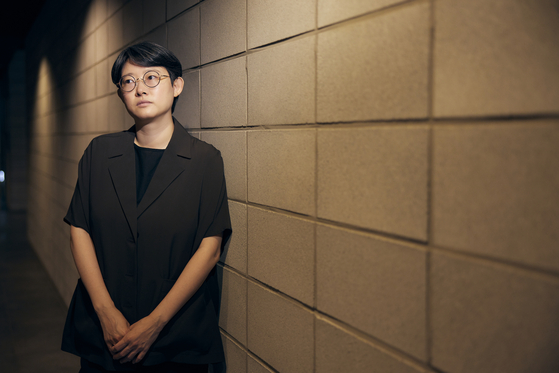 
In documentary “Us, Day by Day,” director Kangyu Ga-ram, who is in her 40s, wonders what has become of her college friends that she met through a webzine called “Unni Network.”

The online platform offered a place for feminists active from the late 1990s to early 2000s, labeled as “Young Femi” in Korean, to gather and share information, with the number of members eventually reaching 40,000.

The film centers on five of her friends who were, and still are, active feminists. In the 90s when they were in their early 20s, they worked to revise school rules to eradicate sexual harassment on campus grounds; become president of the student council committee for women; abolish the social system of giving bonus points in the hiring process for those who fulfilled their mandatory military service; and raised their voices against the annual tradition of male students from Korea University intruding upon and causing havoc during the campus festival for Ewha Womans University.

The director reminisces that identifying oneself as a feminist did not draw any whispers as it sometimes does now.

“But then again, I was in a women’s university, so it wasn’t such a big thing to say, and discussing feminism wouldn't induce any kind of attacks,” she explained in a recent interview with the Korea JoongAng Daily. “But after I graduated and began to work, I think I was more hesitant about talking about such issues because I am the kind of person who wants to avoid getting into unnecessary conflicts. And I am not of a strong mind. People would always refer to me as a softy, and comment that I am not like ‘those other feminists’ that they know. And that became a complex for me, because I wasn’t aggressive, and I couldn’t ‘fight’ well as others did.”

However, the director felt the deepening conflict between opposite genders firsthand when “Us, Day by Day” became a target for internet trolls, who gave low ratings on portal sites or wrote offensive comments — all before the film even premiered in local theaters.

But it wasn’t her first time to experience such phenomenon. “Candle Wave Feminists” (2017), a short documentary part of the omnibus film project “Candle in the Wave” (2017), which filmed feminists fighting against misogyny during the candlelight protests against Park Geun-hye administration in 2016, and “Itaewon” (2019), which covers the lives of three women who have been living in Itaewon and whose livelihoods depended on U.S. Army soldiers, both came under fire.

“When ‘Itaewon’ was first released, the comment sections on the related articles weren’t that friendly,” she said. “They said that I ‘looked’ like a feminist [...] I realized from the onset that it would be mentally unhealthy for me to read these comments.

“For me, feminism has always been about questioning the circumstances I’m in, or the limits I’m confined by and resources that I have,” she continued. “And I’m asking this from a perspective of a female. What’s evident in this society is that there are times when women are treated as second-class citizens. In my early 20s before I learned about this world of feminism, I would uneasily laugh along with everybody else when someone would make a sexual joke, but in the back of my mind I thought it was unpleasant without really knowing why. But once I opened my eyes to these issues, there was really no turning back.”

When the director revisits her friends she learns they have all taken different career paths ranging from a veterinarian, an indie musician, a business owner on Jeju Island, a social enterprise manager who runs medical facilities which focus on female-centered values, and a lawyer at the Korean Violence Relief Center (KSVRC), an organization of female activists that offers support and counseling to the victims of sexual violence. 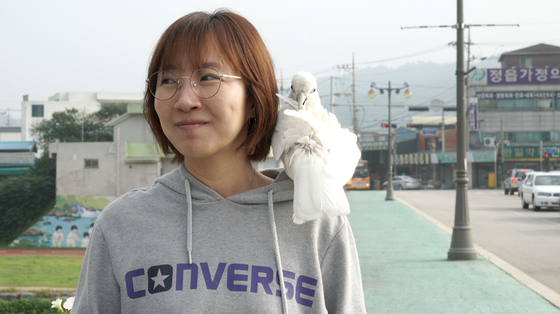 Heo Eun-joo, a veterinarian who once held a one-person protest in Jeongeup, North Jeolla against bull fighting. [INDIESTORY] 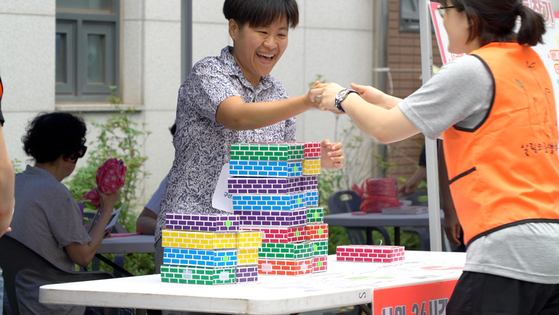 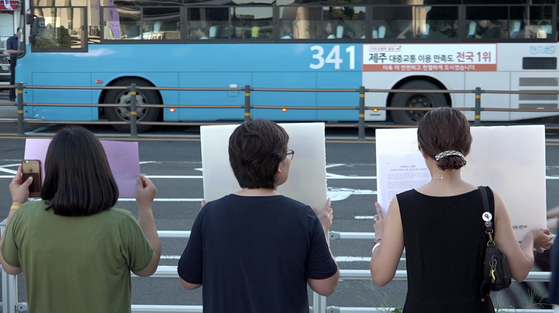 Kimlee Seung-hyun, on the far right, runs her own business on Jeju Island and is a member of the Jeju Women's Association. [INDIESTORY] 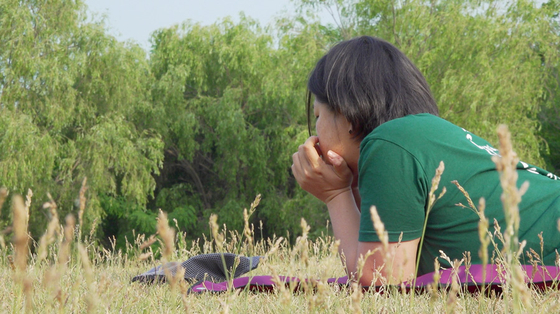 Kim Hye-jung is a lawyer at the Korean Violence Relief Center. [INDIESTORY] 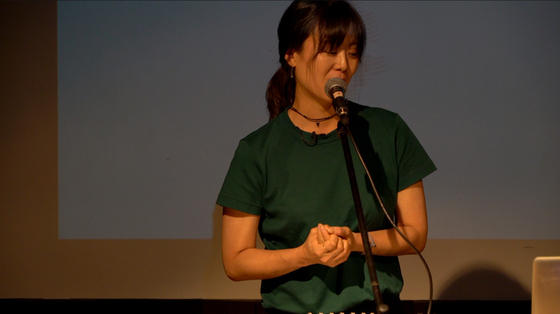 Kang Jung-im is an indie musician who, in her college years, was the president of the student council committee for women which established campus rules to eradicate sexual harassment at her school. [INDIESTORY]


By taking a glimpse into the lives of her former friends, the director has an epiphany about how to best continue leading her life as a feminist.

“This wasn’t included in the film, but there was something that [one of my friends] Yoo Yeo-won said to me that stuck in my mind,” Kangyu said. “I’ve always thought that living as a feminist was a dilemma — I felt like I had to continue to participate in activities to promote gender equality while developing my career as a director, but Yoo said that she wasn’t necessarily having a hard time because she was a feminist; just that she is going through difficulties in managing her enterprise. And she knows that she doesn’t ‘have’ to fight in unjust circumstances when she’s tired. If she wants to take a break, she does, and it’s not a bad thing, she said. And she advised me to subdivide the reasons for my crisis. That really touched me. I wasn’t having a hard time because I was a feminist, I just had trouble with my films. Back then everything was insecure — I couldn’t say for sure if ‘Itaewon’ or ‘Us, Day by Day’ would be able to be released in local theaters [...] That interview made me realize that I don’t have to live everyday as if I’m a warrior on the frontline. If I feel like I need time to recharge myself, I should. There may be times when everything feels unjust or unfair, but I don’t need to feel guilty. I should look at the bigger picture — it should be a marathon, not a race.”

In their essence, all of the director’s films have centered around women, and she says that won't change for her future works.

“When I participate in panel discussions with the audiences after screenings, a lot of them ask why I only focus on stories about women,” she said. “I answer that they are the themes that I’m interested in and what I want to talk about. I’ve never thought that I was limited or one-sided by concentrating on such issues. Since there are plenty of directors out there who portray diverse themes, my expertise would be to highlight women and segregated female minorities. Information about them is hardly ever preserved, so if I continue to make these kinds of films, I hope they can contribute to the database. When I screened this film at film festivals or screenings for committees, I heard a lot of comments from audiences that they wanted to film their friends too. I loved hearing that. If people continue to record their stories from their respective places, they will eventually accumulate as part of history. I hope more women in the world create and record their stories.”