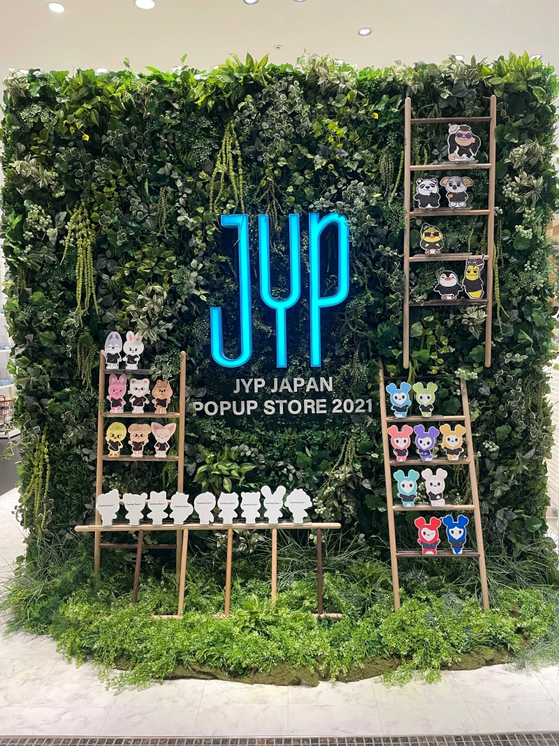 
K-pop powerhouse JYP Entertainment is running a pop-up fan merchandise store at the Kirarito Ginza shopping center in Tokyo, Japan from July 3 to Aug. 31, according to the management agency on Tuesday.

The pop-up store aims to soothe K-pop fans in Japan who have not been able to meet their favorite artists due to the Covid-19 pandemic.

The botanical-themed store offers fan merchandise from artists under the JYP label such as girl groups Twice, ITZY and NiziU and boy bands 2PM and Stray Kids.

A cafe in the store offers food and drinks that feature the logos of each artist.

Costumes worn by Twice and ITZY are on display, and the store also has a section dedicated to the 10th anniversary of boy band 2PM’s debut in Japan.

The store runs under a strict advance registration system, and members of an artist's official fan club are able to sign up separately from the regular registration period.

JYP previously hosted a Hawaii-themed pop-up store for Twice in 2019 in Seoul, Tokyo and Osaka.

JYP Entertainment also recently opened its Japanese online store jypj-store.com, selling various merchandise featuring logos of the agency and its artists. The products are available for buyers all over the world, not only in Japan.