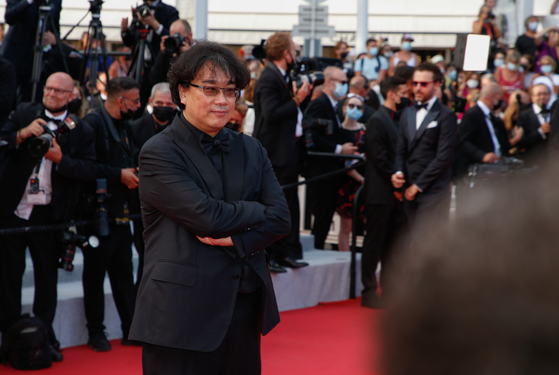 
The 74th Cannes Film Festival officially kicked off on Tuesday, with Palme d'Or and Oscar winning director Bong Joon-ho taking part in declaring the opening in Korean. The Korean filmmaker was invited to the event as a special guest two years after winning the top prize at the festival for “Parasite” in 2019.

“I declare [the opening of the 74th Cannes Film Festival],” the filmmaker said in Korean, which was wrapped up by Cannes jury president Spike Lee in English. American director and actress Jodie Foster and Spanish filmmaker Pedro Almodóvar also spoke in French and Spanish, respectively, during the opening ceremony.

The prestigious film event has returned for the first time in two years, after last year’s edition was canceled amid the coronavirus pandemic. This year’s event will run through July 17.

“I was writing a script at home when suddenly Thierry Frémaux [Cannes artistic director] called me, asking me to attend the festival this year,” Bong said in Korean. “Since the festival took a break last year because of the pandemic, Frémaux wanted me to bridge the gap and reconnect 2019 to 2021. I feel like I was asked to take on this duty because ‘Parasite’ was the last movie to have been awarded at the event.”

“Seeing you all here, it is hard to believe that the event was canceled last year,” Bong continued. “The film festival may have stopped, but cinema never has. Just like how the train in the Lumière brothers’ film has continued on, cinema has always advanced on as well. The filmmakers and artists gathered here today are living proof.”

Bong finished his speech in English saying, “Sorry, I should speak English here. Anyway I’m very happy, so happy with you.”

Actor Song Kang-ho, who played one of the lead roles in “Parasite” was also invited to Cannes as a jury member for this year’s official selection of films. Song is the fifth Korean to be selected as a member of a Cannes’ jury.

Filmmaker Park Chan-wook of the award-winning “Oldboy” (2003) and “Thirst” (2009) was the fourth Korean to make the Cannes jury following in the footsteps of late director Shin Sang-ok in 1994, filmmaker Lee Chang-Dong in 2009 and actress Jeon Do-yeon in 2014.

Song is also attending the 74th Cannes as part of the cast of Korean director Han Jae-rim’s movie “Emergency Declaration,” which has not been released in Korea yet, was included in the “Out of Competition” section. Though no Korean film made it to the main competition for this year’s event, director Hong Sang-soo's "In Front of Your Face", which is also yet to make its local release, and Han Jae-rim's "Emergency Declaration" were invited to this year's festival. "Emergency Declaration" was listed in the Out of Competition category while "In Front of Your Face" was listed in the Cannes Premieres category. 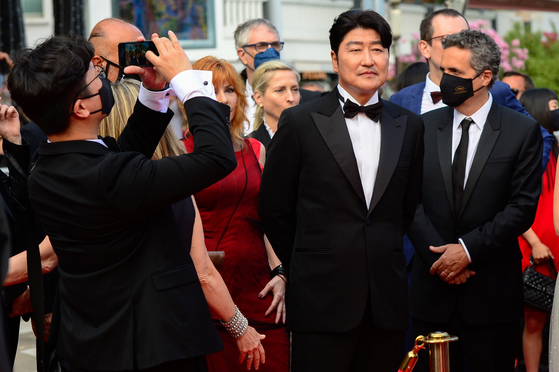 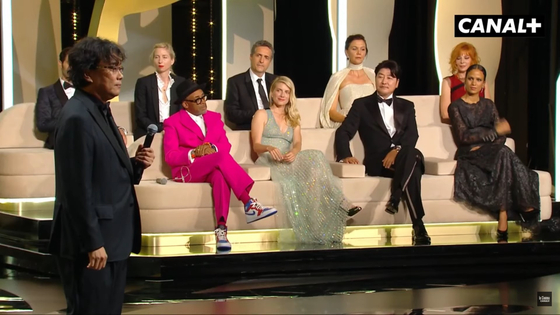 Director Bong, left, speaks on stage during the opening ceremony of the 74th Cannes Film Festival, with Song and other members of the Cannes' jury. [CANAL PLUS]


Actors Lee Byung-hun and Im Si-wan, who star in “Emergency Declaration” were also invited to the event.

“When I first got invited to the festival by email, I was skeptical if the festival would actually be able to take place this year, because of the immense threat imposed by the pandemic,” said Song during the press event for this year’s jury, which was held right after the opening ceremony on Tuesday. “I think it is a miracle that we are all here together, which makes it even more of an honor to be here.”

Bong is also scheduled to attend the event’s “Rendez-vous with...” program, where he will share his work and passion for cinema with an audience on Wednesday. The attendance of actors like Jodie Foster, Matt Damon, Isabelle Huppert and Steve McQueen and director Marco Bellocchio were announced beforehand, but Bong’s presence was announced as a surprise on the opening day. Lee will present an award at the closing ceremony on July 17, becoming the second Korean to do so following director Park in 2017. 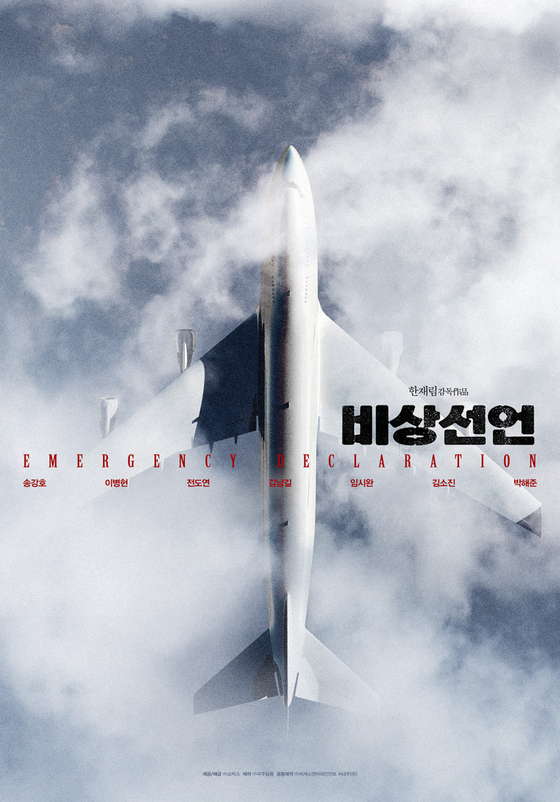 The poster for ″Emergency Declaration″ [SHOWBOX] 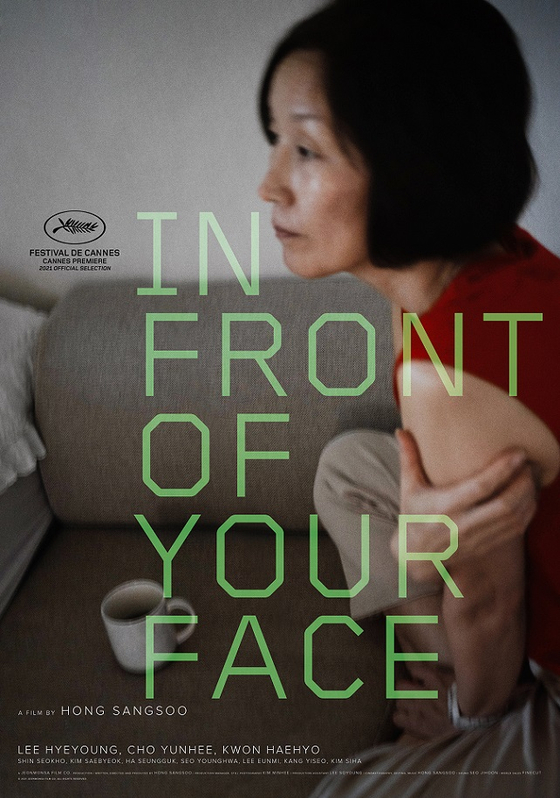 The poster for ″In Front of Your Face″ [JEONWONSA FILM]