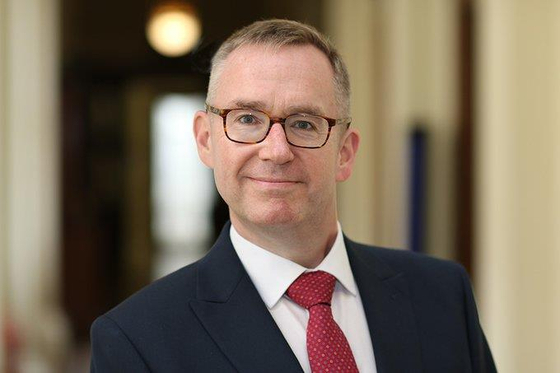 Colin James Crooks, British ambassador to North Korea, has been appointed to South Korea, the British government announced Tuesday. Crooks is scheduled to begin his tenure in Seoul in early 2022. [YONHAP]

“Mr. Colin James Crooks LVO has been appointed Her Majesty’s Ambassador to the Republic of Korea in succession to Mr. Simon Smith CMG who will be retiring from the Diplomatic Service,” the Foreign, Commonwealth and Development Office of the British government said on Tuesday.

Crooks has been serving in Pyongyang since 2018, and is known for regular posts on Twitter offering glimpses of life in North Korea.

“Honoured and delighted to be named the next British Ambassador to South Korea,” Crooks wrote on his Twitter account on Tuesday. “I continue to work as Ambassador to Pyongyang until December. Look forward to moving 150 miles down the road (as it were) in the New Year.” 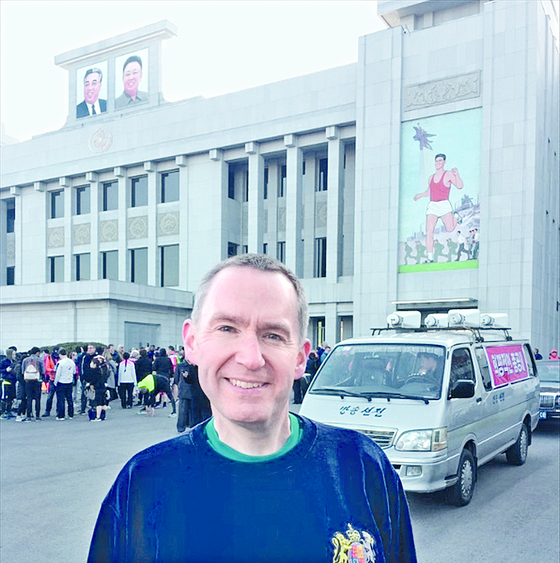 
Actually, he's moving quite a bit further: Crooks has been working from London since May 2020 after the British Embassy in North Korea closed over Covid-19 concerns.

Crooks, who speaks Korean, was posted to Seoul as second secretary from 1995 to 1998 and served as first secretary through 1999.

He was charge d’affaires in Pyongyang in 2008, and has also served in Washington, Jakarta and Beijing.

Married to Young-Kee Crooks, the couple has two children.

Crooks will be the first British ambassador consecutively posted from Pyongyang to Seoul.

Outgoing ambassador Smith has been serving in Seoul since 2018.

Phillip Goldberg on his way to being U.S. envoy to Seoul