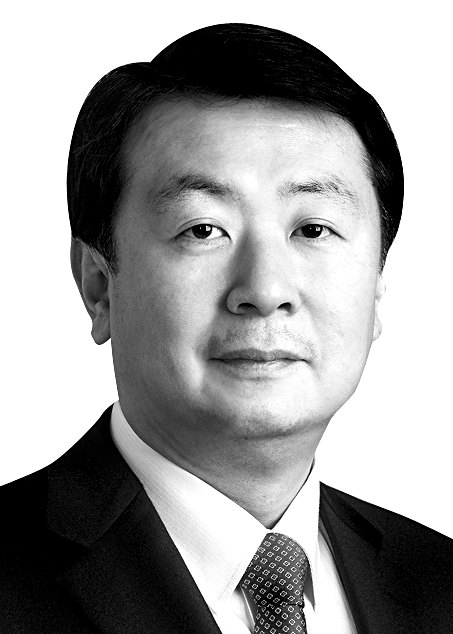 
It seemed that talks between North Korea and the United States would soon begin in the Biden Administration, but it has been stalled for more than five months. There were expectations that there would be movements once the North Korea Policy Review was released after a few months of preparation. But two months have passed since the release in April, and I haven’t heard anything.

The Moon Jae-in administration is ready to do anything to win the favor of the North, completely ignoring public sentiment or negotiation principles. Last month, President Moon said vaccine supply to the North should be actively promoted. Critics say that he should mention it after all Koreans are vaccinated.

Moreover, the government seems to be considering skipping Korea-U.S. joint exercises again, which happen every August until they were suspended three years ago. On June 26, President Moon said that a large-scale in-person drill would be a challenge due to the pandemic, and pro-government supporters called for a suspension. The Korean Confederation of Trade Unions held protests demanding a suspension of the exercises that day, and five days later on July 1, 76 ruling party lawmakers repeated the argument that it was the time to bring North Korea to the table for talks. 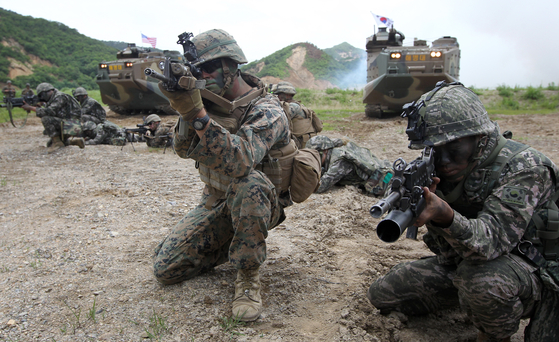 A file photo of a U.S.-Korea joint military exercises in Pohang, North Gyeongsang, in 2016. [GONG JEONG-SIK]


However, this is a wrong claim in many ways. First of all, President Moon’s reasoning to postpone the drill due to Covid-19 is not justified. By June 6, all troops will complete the second dose of vaccination. It means that the military will have herd immunity before the joint drill in August. At the Korea-US summit in May, US President Joe Biden promised to supply vaccines for 550,000 people, saying it’s for the Korean soldiers who come in contact with the US military. He must have had the Korea-US joint drill in mind. It is not right to reduce or suspend the drill because of the coronavirus.

Secondly, the Korea-U.S. joint exercise is not a card to throw away easily for dialogue with the North. People easily overlook the importance of familiar events. The exercise has been held several times a year, and the public may be indifferent. But the Ulji Freedom Guardian (UFG), which was held every August until 2017, was the biggest in the world among the computer-based joint drills with the United States.

A total of 75,000 Korean soldiers and 17,500 U.S. soldiers participated in the UFG in 2017. Trident Juncture, the biggest NATO joint drill, held in the Norwegian waters in 2018, was participated by 31 countries, but only 40,000 people participated. In terms of the number, I can gauge the importance the US puts on the Korea-U.S. joint exercise.

Despite the situation, if Korea continues to delay the exercise, the United States, especially the military, will have to find an alternative. It is worthy noting that the United States and Japan conducted the largest U.S.-Japan joint drill in history, Orient Shield, with 3,000 troops. What will the U.S. military authorities think if Korea is reserved about the joint drills with the United States while Japan is eager to expand more and more?

Moreover, the Korea-U.S. alliance is not just about North Korea. It is the key element of Korea’s security to rely on when Chinese and Russian threats materialize. But the Moon Jae-in administration continues to make bad moves undermining the pillar of security.

If I were to make all the concession and sacrifice the joint military drill for inter-Korean relations, I would want a price equivalent to shutting down the Yongbyon nuclear facility. What will you do if North Korea comes to the table with a promise to suspend the joint drill and dashes out immediately? Those in power in the administration are people who would say that not enough gifts were offered if North Korea does not respond to talks after halting the joint drill, instead of calmly judging the situation.

In Buddhism, one of the roots of unhappiness is obsession to adhere to a wrong idea. To break the obsession, Buddhism teaches to give up self-righteous views and try to understand different ideas. President Moon is a Catholic, but it is a teaching to consider.