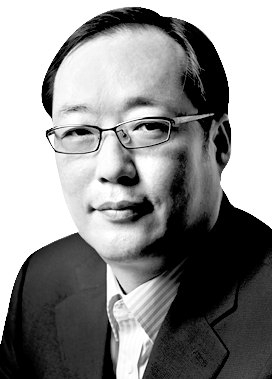 
The author is the executive editor of the JoongAng Ilbo.


What would go through the mind of someone elected to be president for 51.82 million people? Few would be able to pin it down as only a select few have had the experience. Stephen Wayne, a professor at Georgetown University and an expert on presidencies, explained that upon being elected to the chief executive office, one becomes filled with enormous confidence and pride. If anyone gives you advice, it’s natural to question their credentials. After all, they weren’t elected president. It becomes hard to admit mistakes or to correct oneself. The first thing the U.S president does upon taking occupancy of the Oval Office is to make it clear to the No. 2, the vice president, that he is not the president.

Our presidential race is only at a preliminary stage, and yet mudslinging is already in full swing. A country, like a human, needs some time off. A president’s leadership should combine morality, decisiveness, engagement, and justice as well as personal warmth. If I have to choose one virtue, I would say modesty. But expecting it from a politician may be almost impossible.

A president in South Korea needs votes from a minimum of 30 percent of eligible voters. Recent presidents Roh Moo-hyun, Lee Myung-bak, Park Geun-hye and Moon Jae-in won, respectively, 34.3 percent, 30.5 percent, 39 percent, and 31.6 percent. Around 70 percent had either voted against them, or went to the polling stations with apprehensions. The winner, therefore, must not think he or she had been entrusted with a mighty power from the people. Some 60 to 70 percent are wary. The president must pay heed to the greater voice of the people and cooperate with other elected representatives in the legislature for governance,

The age calls for modesty. A hero has become rarer. Being versatile is harder in the age of digital innovation. Mobile technology that has become indispensable is hard to fully understand. Cryptocurrency defies the centralized currency. The real estate market prevails over regulations and tax bombardment. Retail investors dare common sense and predictions. In the age of convergence, there is no know-it-all expert. There cannot be a political genius who can solve all the complicated problems related to the tension between the U.S. and China, North Korean denuclearization, and a deadlocked relationship with Japan. What is best balance in stronger social security and public finance integrity? Someone who claims to have all the answers would be a liar. Heroes can only come from the ever-evolving civilian society.

One must be humble before the others. A dogma glorified under the name of justice, fairness and equality can only divide the people. Those on the opposite side have been forced to feel guilty, which is a form of abuse. Anyone would wish to have a good profession, earn a lot and be and regarded well, make good profits from investments, live in a comfortable home, educate children well, speak freely and be happy. In the 2005 Korea film “Welcome to Dongmakgol,” also known as “Battle Group 625,” a North Korean soldier asks the chief of the secluded village of Dongmakgol where people lived untouched by the outside world and the war, how he commands over the village people without raising his voice. The chief answers, “Feed them well.”

It was human desires that advanced civilization and history thus far. What use is a sacred ideology of those who suppress and make people feel guilty for bearing and acting out their instincts? Politicians must humble themselves before the younger generation, who had been ignored because of their subdued voices and voting rate. People in their 20s and 30s will hold the deciding vote for the next presidency.

The former titles of the presidential wannabes span from prime minister, house speaker, party head to regional government head, minister, and chief prosecutor. They each reached the top of their realms. Their expertise from their own world could feed wisdom to aspire for the presidency. A group of experts would adorn their election camps and help trot out policies that can win over votes. Negative campaigning would become a must strategy to defeat opponents one by one. Everyone would be under a collective spell fantasizing about the aftermath of a triumph. The camp would not admit to any mistakes. The old manual — real estate policy, income-led growth, nuclear reactor phase-out and union of the liberal forces — would be repeated on the liberal front.

The biggest tragedy borne of the self-delusion and arrogance of a presidential system was the U.S. engagement in Vietnam. The U.S. presidential office alone was engrossed with the idea that the impotent and corrupt government of South Vietnam was better than the popular and independent activist Ho Chi Minh of the communist North.

Modesty is fed by reason. Politics scream in the face of opposition. Emotion lashes at those with critical voices. The country sinks to wasteful mayhem if the president leads the battlefield. Reason would make once admit to mistakes. A president must try to solve problems with wisdom instead of power. The next president must keep abreast of the times and the voice of the people. Since one person cannot handle all affairs, the president must employ the right kind of people from a broad pool, listen to voices of the people, acknowledge mistakes and correct a faulty course. Only a modest person, regardless of which side of the wing the affiliated party stands and ideology it pursues, can pull that off.