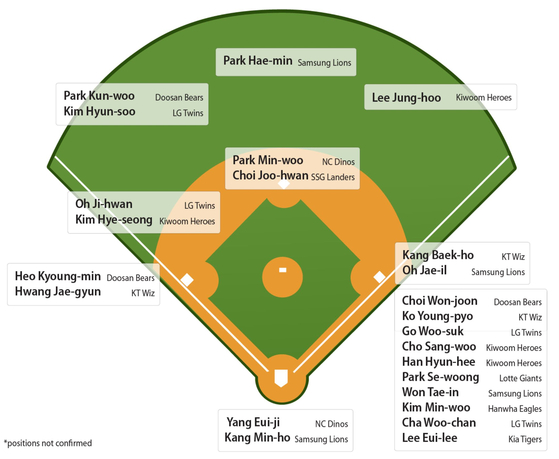 
The Korean national baseball team will begin training for the 2020 Tokyo Olympics on July 20, just nine days before the Olympic baseball tournament begins.

The 24-man roster for the Tokyo Games is entirely made up of KBO players, so the team is unable to begin training until the league stops for its Olympic break on July 19.

The team will then gather in Seoul to begin training at Gocheok Sky Dome, normally home to the Kiwoom Heroes. Training at the only covered dome in Korea will allow the team to continue working through the monsoon season.

The team will play an exhibition game against a squad made up of the KBO’s best young players on July 23.

The decision to play against players under the age of 24 is a nod to Korea’s victory at the 2008 Beijing Olympics. Younger players are often known as Beijing Kids, referring to a generation of players who are presumed to have taken up the sport after watching Korea’s success at the Games.

Following that game, the team will fly to Japan on July 26, ahead of their first game against Israel at 7 p.m. on July 29.