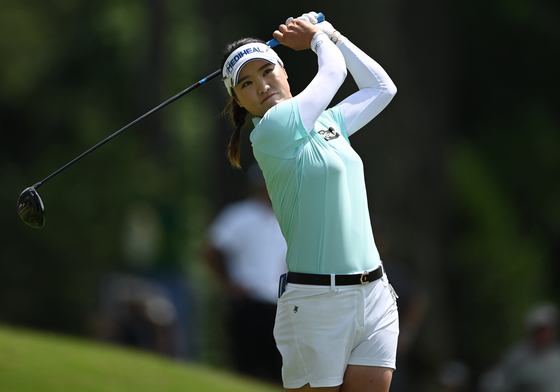 Ryu So-yeon plays her shot from the 18th tee during the first round of the KPMG Women's PGA Championship golf tournament at the Atlanta Athletic Club in Johns Creek, Georgia on June 24. [USA TODAY/YONHAP]

Despite those success stories, a Korean hasn't won at Highland Meadows since 2017, when Kim came in four strokes ahead of runner-up Lexi Thompson with 21-under-par. Kim won three titles that year, at the ShopRite LPGA Classic and British Women's Open, where she picked up her first major title.

However, Kim hasn't been able to pick up a win this season, her season best so far was tying for 26th at the U.S. Women's Open this June. 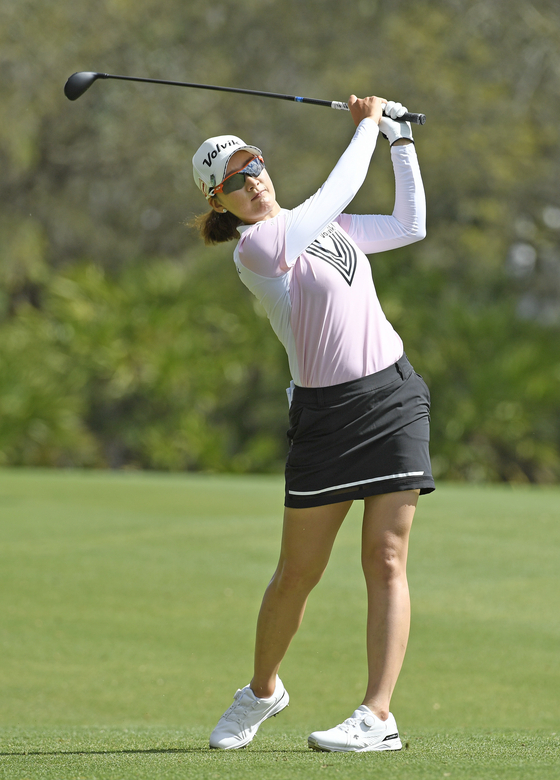 Choi Woon-jung plays a shot on the eighth fairway during the third round of the Gainbridge LPGA golf tournament on Feb.27 in Orlando, Florida. [AP/YONHAP]


In 2015, Choi Woon-jung won the Marathon Classic after a sudden-death playoff against countrywoman Jang Ha-na. Five Koreans finished in the top 10 at the event that year, with a total of nine players in the top 20.

Choi Woon-jung, also known as Chella Choi, is also still waiting for her first win this year, after tying for eighth at the Gainbridge LPGA in February and tying for seventh at the Honda LPGA Thailand in May.

Ryu won the event in 2012, when it was called the Jamie Farr Toledo Classic, just a year after she won her first LPGA tournament at the U.S. Women's Open.

Ryu shot a total of 20-under-par, an unbeatable seven shots ahead of the runner-up Angela Stanford. The seven-shot lead was big enough to win her the LPGA Rookie of the Year award for the season. Alongside Ryu, five other Koreans finished in the top 10.
Ryu is in good form this season, finishing tied for third at the Honda LPGA Thailand on May 9 and also at the LPGA Mediheal Championship on June 13. She is ranked fifth among the Korean women golfers and world No. 17 in the Rolex rankings.

Choi Na-yeon rounds off the four players, as she won the 2010 edition, when it was called the Jamie Farr Owens Corning Classic, after a four-person playoff between countrywomen Kim Song-hee, Kim In-kyung and Christina Kim of the United States. She won with a birdie on the second extra hole. 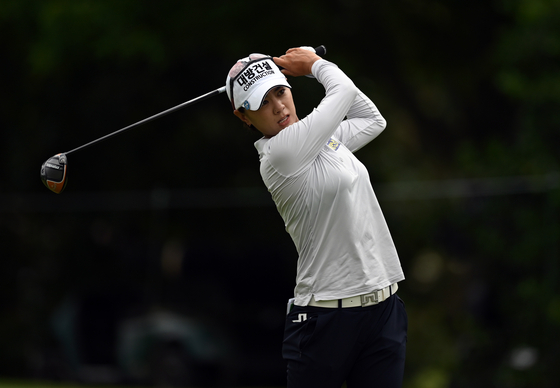 Choi Na-yeon plays her shot from the ninth tee during the first round of the KPMG Women's PGA Championship golf tournament at the Atlanta Athletic Club in John's Creek, Georgia on June 24. [USA TODAY/YONHAP]


Choi Na-yeon won another LPGA tournament that October, the LPGA Hana Bank Championship, and became the LPGA Tour money leader and won the Vare Trophy, an award given to the golfer with the lowest scoring average of the season.

A total of 13 Korean golfers will be on Highland Meadows on Thursday, as world No. 2 Park In-bee tees off at 8:32 a.m. in Group 16 alongside defending champion Danielle Kang from the United States and Ariya Jutanugran from Thailand.