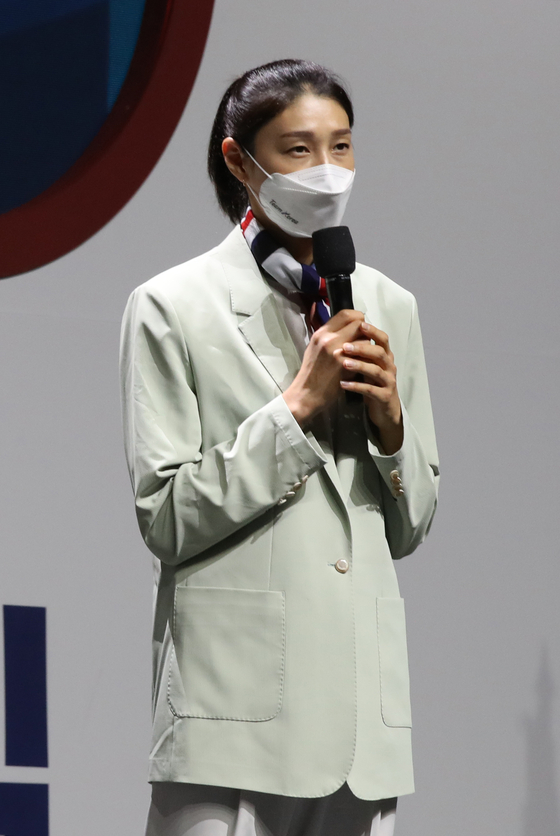 
The Korea Sports & Olympic Committee announced its final entry for the 2020 Tokyo Olympics on Thursday, with 232 athletes across 29 events heading to the Games.

The four alternate football players that the International Olympic Committee announced it would permit last week are not included in the official athlete count.

In addition to the athletes, 88 training staff and 24 management staff will work as the Korean headquarters in Tokyo. In total, Korea will be sending 354 people to Japan, where more than 15,000 athletes from 205 countries will compete for 339 gold medals in 33 events.

As Team Korea will be joined by athletes all around the world, the Committee plans to support the national team with a comprehensive situation room and meal service just for Team Korea to address Covid-19 concerns and to maximize the athletes’ performance.

“I am training hard ahead of the Olympics and I hope to come back from Tokyo with something shiny around my neck,” said Jin Jong-oh, Korea’s most successful shooter, in a pre-filmed video played at a 2020 Tokyo Olympics event on Thursday.

“I am filming this right before practice,” said 16-year-old table tennis player Shin Yoo-bin, also in a pre-filmed video. “I still can’t believe that I am actually going to the Olympics. I will try my best to blow minds.” 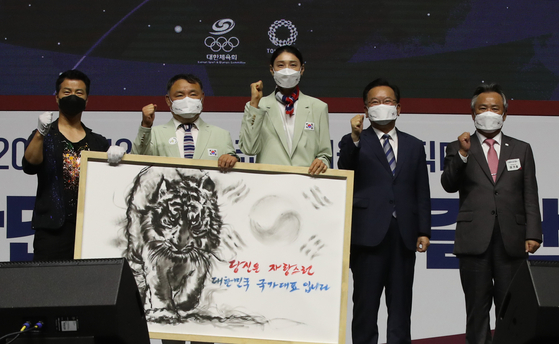 
Kim Yeon-koung, the talismanic volleyball star, also attended the event. She appeared on stage for the presentation of a drawing of a Korean tiger created by artist Kim Jin-kyu. The Korean tiger is often used to represent the fighting sprit of Korean athletes at major sporting events.

“The women’s volleyball team is grateful for the support from the public,” said Kim. “We are doing our best to prepare for the Games and hope that our performance is a consolation to the Korean people in the hardest of times.”