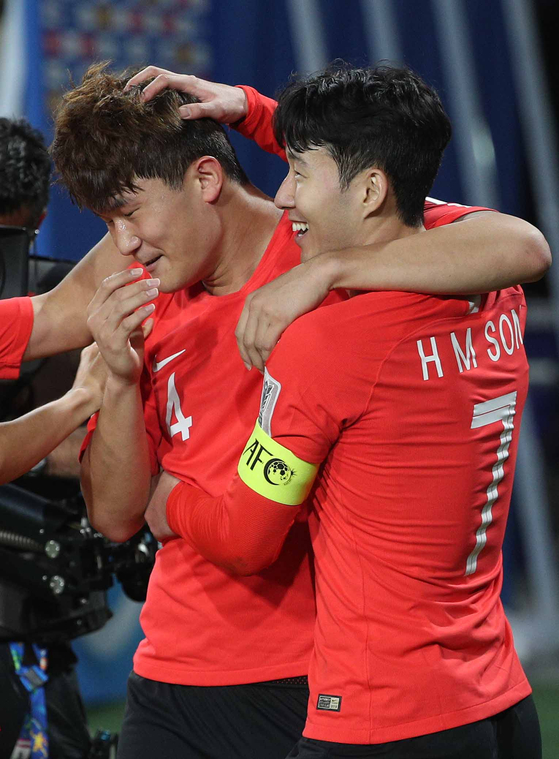 Son Heung-min, right, and Kim Min-jae celebrate after Kim scored a goal for Korea in a game against China at the 2019 AFC Asian Cup in the United Arab Emirates on Jan. 16, 2019. [NEWS1]

According to The Boot Room, Son advised Spurs to take another look at Kim as the club looks for to strengthen its defense.

Spurs have been linked to Kim before — last year the London club was reportedly interested in the center back. Tottenham reportedly made an offer, but were unable to persuade Beijing Guoan to part with the defender.

In the last month, Kim has been linked to Portuguese club Porto and Italian Serie A club Juventus, with reports going so far as to say both clubs had agreed deals with Beijing, where Kim is under contract. When asked to comment on the Juventus story, Kim said he didn't think he was good enough to play for the club.