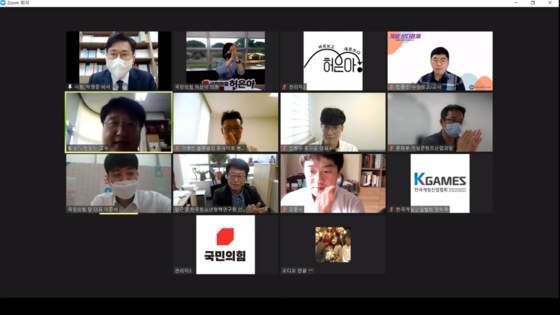 Experts in the legal and game industry take part in an online seminar held on Tuesday morning, organized by Rep. Her Eun-a of the People Power Party, themed on abolishing the shutdown law. Officials from the Culture Ministry, law professors and Lee Jun-seok, the chairman of the PPP, took part. [SCREEN CAPTURE]


The Ministry of Culture, Sports and Tourism on Tuesday will work to abolish Korea’s game “shutdown law” in joint efforts with the Ministry of Gender Equality and Family.

“The shutdown law has been a government regulation that overly restricted an aspect of life that should have been dealt with within individual households,” said Park Seung-beom, director of game content at the Culture Ministry, during a seminar, Tuesday. “Such a regulation where the state limits people’s freedom in such a forceful manner had not been seen anywhere around the world.

“Not only did it fail to meet the law’s goal of decreasing teenagers spending time on the internet and increasing their sleep time, it was overly oppressive to the game industry as a whole, which had to endure the scarlet letter of having a negative effect on society.”

The comments came during a seminar hosted by Rep. Her Eun-a of the main opposition People Power Party (PPP), themed on abolishing the shutdown law. Officials from the Culture Ministry, law professors and Lee Jun-seok, the chairman of the PPP, took part.

The Family Ministry, which originally designed the law, did not take part in the seminar.

Implemented in 2011, the shutdown law mandates that online computer games ban children younger than 16 from logging on between 12 a.m. and 6 a.m. The aim was to forcibly prevent teenagers from late-night gaming — an activity seen by the ministry as causing sleep deprivation, health damage and potentially, game addiction. The law only covers PC games, not console or mobile games.

The law has been constantly challenged by critics over the past decade, but it recently came under further scrutiny when users of Microsoft’s popular video game Minecraft complained that the game had effectively been made “adult-only” in Korea.

Instead of spending cash to establish a separate server to meet the 12 a.m. to 6 a.m. bar for minors, Microsoft decided that the PC-version of Minecraft would only be available for people aged over 19 in Korea, starting December last year. 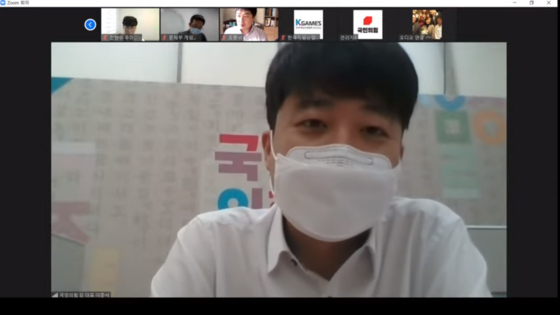 Lee Jun-seok, chairman of the People Power Party, takes part in a seminar on Tuesday themed on abolishing the shutdown law. [SCREEN CAPTURE]


Citing his own experience of playing online PC games during his teenage years, Lee of the PPP doubted that the game curfew is an effective way to increase teenagers’ sleep. He has been one of the most vocal opponents of the shutdown law after the Minecraft issue went viral, even calling for the abolishment of the Family Ministry as a whole.

“My high school had students live in a dormitory and banned us from logging onto the internet from midnight — but that didn’t send us all to bed,” Lee said. “Some people would study and some people would watch movies they had downloaded. That’s still valid today and I strongly question whether a policy based on regulation actually works in real life."

In a 2019 survey from the National Youth Policy Institute, 62.9 percent of teenagers that said they were sleep deprived said their studies were the main cause. A much smaller 36.6 percent blamed games.

“With mobile games abundant these days, the computer-game shutdown law has no significant relevance over sending teenagers to sleep,” said Professor Cho Mun-seok from the school of public administration at Hansung University.

“And if it has no relevance, the matter should be regulated freely by individuals or by other means that do not limit the entire demographic group.”

There are currently two shutdown laws: One included in the Youth Protection Act that bands everyone under the age of 16 from playing online video games from 12 a.m. to 6 a.m. and another in the Game Industry Promotion Act, which allows parents of under-age gamers can request their children’s accounts are restricted during certain hours.

Experts said that after the total ban is abolished, parents could make use of the selective shutdown law to keep their children from gaming all night long.

“Many foreign games struggle to meet the criteria of the shutdown law and even give up on the Korean game industry, such as Minecraft,” said Jeon Hyeon-su, manager of internet forum Our Minecraft Space, an online community for Minecraft users and developers.

“The isolation in the game industry makes the whole industry smaller and robs it of the chance to compete on the global scale. The government should let households take matters into their own hands and let parents and their children decide together.”