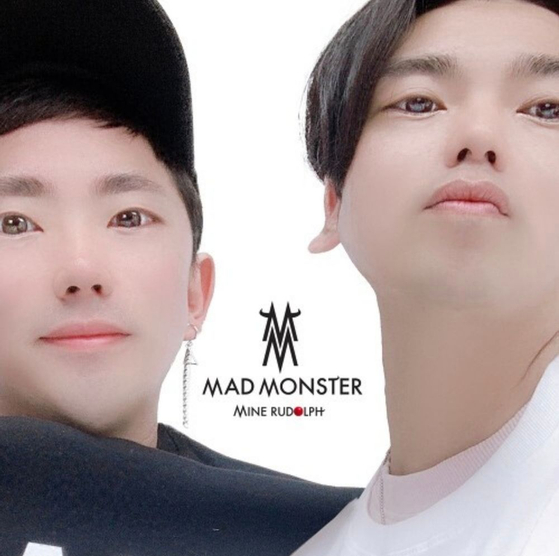 
Korean comedians and singers have been adopting fictional multi-personas known as bukae, or side characters, over the past couple of years. Often times the persona gains more popularity than the actual celebrity behind the character.

But now, personas have upped the ante and are building a whole universe and world view of their own. What’s most important is that the fans of those personas enthusiastically participate in this tongue-in-cheek role play as if it is a collective game, transcending online and offline spaces.

A prime example is the “K-pop boy band” Mad Monster, which consists of two members: 21-year-old Tan and 20-year-old J.Ho. They are best known for their signature “pretty boy” looks with smooth skin, sharp jawlines and enormous eyes.

The band and its fans claim that Mad Monster is currently the most sensational K-pop act in the world, the greatest rival to boy band BTS with its alleged fandom of six billion people dubbed “Pocket Monsters.” 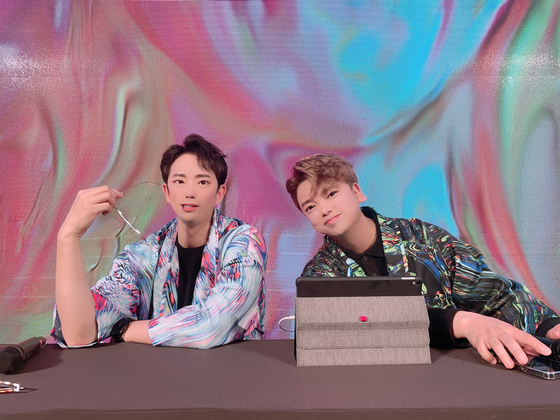 
The members also claim they actually debuted in 2017, but have not been frequently seen on television until now because they have “been refusing to rank in music charts or accept awards.” They also add that their music has not been available to the general public because they have been releasing songs only in non-fungible token (NFT) format for a limited number of buyers.

However, the band held a press conference at the Seoul Dragon City in Yongsan, central Seoul on July 7 to announce the release of “Along Came Beautiful Nuna,” a song that the members claim to have originally released in NFT format but now want to unveil to the general public. Nuna is a Korean term for an older sister or older woman, often with an affectionate connotation for the latter.

The sudden alleged world-class popularity may seem puzzling to those who are not familiar with millennial or Gen Z culture but in reality, Mad Monster is just a mock boy band who plays up to the elaborate backstory that has been created for them. 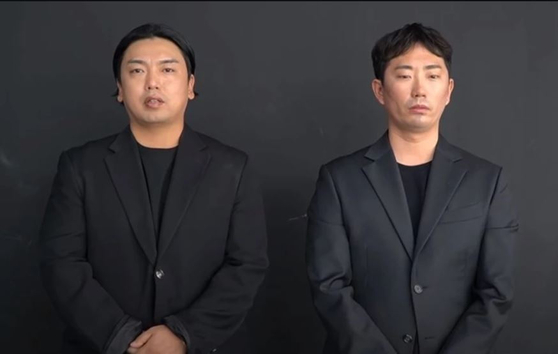 
Tan and J.Ho are in fact 35-year-old comedian Kwak Beom and 33-year-old comedian Lee Chang-ho who resorted to portraying various personas on YouTube ever since they were left jobless after KBS’s long-running show “Gag Concert” (1999-2020) ended.

Lee slowly but surely saw success through his role-playing, thanks to characters such as a wealthy conglomerate businessman or middle-aged hiking aficionado. He then joined forces with Kwak to form an idol group.

The pair film themselves using a far-from-subtle beautifying filter app that shaves their jawlines sharp and enlarges their eyes to emulate the conventionally attractive looks of K-pop stars. 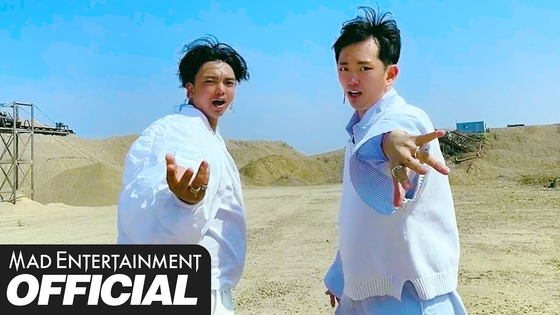 
Although everything about them may be fictional, Mad Monster is seeing phenomenal success in real life. Its songs “Along Came Beautiful Nuna” and “Mine Rudolph” are actually ranking on Korea’s major music charts, and its music video for “Mine Rudolph” has garnered over seven million views since it dropped last April; more views than some actual rookie idol groups.

In response to accusations that “their surroundings look distorted” or “glitches in the filter app briefly reveal their true faces,” the band and its fans claimed that such distortions were due to the members being occasionally possessed by demons. When a commenter wrote that they “resemble two old, no-name comedians,” Lee and Kwak uploaded an apology video vehemently denying their ties with J.Ho and Tan.

The channel basically takes into account every minor comment under the videos posted on it, thereby creating a cycle of turning feedback into new content. With more viewers finding this amusing and joining in on this role play, Mad Monster's fictional universe continues to expand. 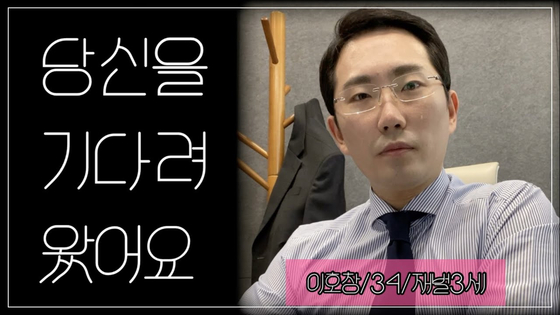 
“If Mad Monster’s primary platform was not YouTube, I don’t think it would have been nearly as successful,” said Jun Hye-ji, a college student and avid fan of Mad Monster as well as of Lee’s other personas.

“The comment section on YouTube is highly active,” she said. “So rather than simply passively consuming content given to us, which is the case for fans of most real-life K-pop idols, fans of Mad Monster can make jokes in the comment section, which are then reflected in future content. It feels like I’m really communicating with the creator and the fans, and that’s so entertaining for me.” 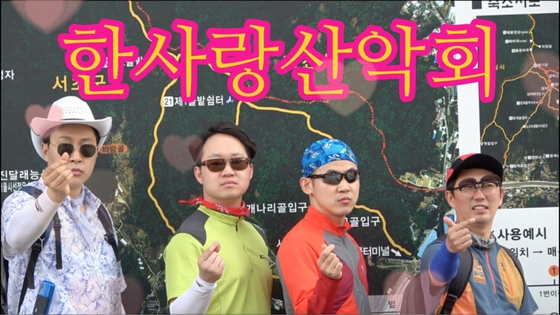 
While this concept may sound ridiculous to older generations, it is a perfectly normal part of everyday life for millennials and Gen Z who are familiar with transcending between the online space and real life. To them, Mad Monster’s entire act is a game that a large number of fans can participate in online, while also enjoying offline content. The fans are well aware that these self-proclaimed superstars are not as they seem but that has become the core running joke among Mad Monster fans.

“While it may seem childish, it’s a collective game of escapism for today’s youths,” said Kwak Geum-joo, a psychology professor at Seoul National University.

“It’s a form of escapism from the real world. Interestingly, people used to find an escape by being fans of actual K-pop idols and celebrities, but there is a crucial difference between real celebrities and Mad Monster. One can idolize a K-pop star to a certain degree, but after some point, these thoughts of comparison start creeping in: ‘Wow, those idols are so good-looking, popular, rich and successful at a young age. What am I doing with my life?’ Because endless competition and job scarcity are especially stressing out younger generations today, that kind of comparison can hit them hard emotionally.

“But with Mad Monster, the fans know that Tan and J.Ho are not at all who they claim to be, and there is nothing to compare themselves with; just pure escapism. I believe that’s where the real fun lies.” 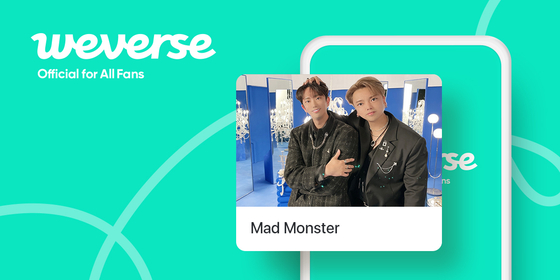 
As long as the filters stay on, Mad Monster is as popular in the online space as actual K-pop idols. The band even joined Weverse, a global fan community platform run by BTS’s agency HYBE, earlier this month.

“Older generations starkly distinguish the online and offline worlds, but the two are so interconnected for millennials and Gen Z,” said Lim Myung-ho, a professor of psychology at Dankook University.

“The ‘virtual’ aspect makes very little difference to them. They are already so familiar with showing different sides of themselves on Twitter, Facebook, Instagram and TikTok, based on the atmosphere of each platform. So they’re open to accepting different versions of other people as well.”