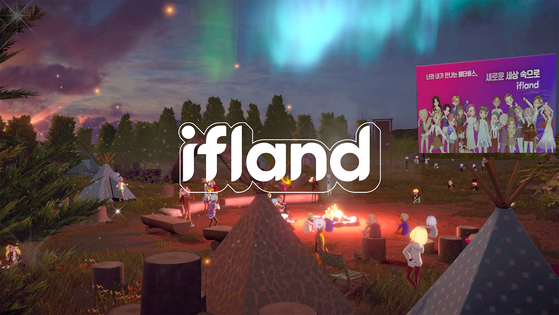 
SK Telecom is upgrading its JUMP Virtual Meetup app to a metaverse platform called ifland, looking to take on Naver's Zepeto which has currently cornered the metaverse market.

The ifland service is an expansion of a function that was included within the JUMP Virtual Meetup app, which mainly provided virtual reality (VR) content. Virtual meet-ups were already offered, but the company has reformed its strategy to bring the metaverse feature to the forefront of the program.

People who have been using the JUMP app will automatically start using ifland after an update.

For users who have used Zepeto, ifland's service is basically the same, but with a little more focus on the communication aspect than Zepeto's entertainment-oriented features. It offers similar services and functions, but does not charge users extra cash like Zepeto. 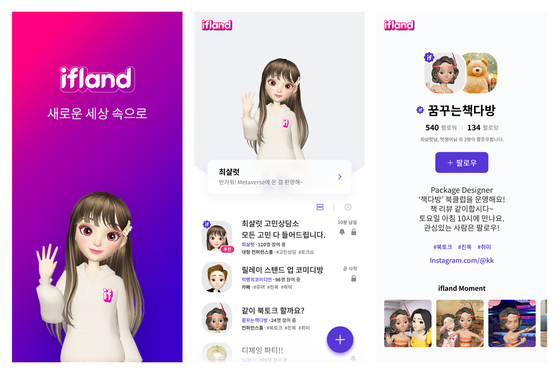 Users of ifland can start the experience by customizing their avatars and choosing from a list of meet--ups that have been set up by other users. [SK TELECOM]


Users can start the ifland experience by customizing their avatars and can enter other people's metaverse rooms — or meet-ups — to chat with others users also present in the room. All costumes and extra items are free. Inside the meet-up, users communicate via voice, not text chats as are mainly used in Zepeto.

But what really differentiates ifland from Zepeto is its target users, an SK Telecom spokesperson said. While Zepeto was created as an augmented reality (AR) app for teenagers and K-pop fans, ifland targets people in their 20s and 30s by offering an online communication tool in the metaverse space.

"SK Telecom is a telecom company, so what we do best is communication," said the spokesperson. "Unlike Zepeto, we focus on holding conferences and meetings. The user interface is much simpler and just shows the personal profile and the meet-ups that are available. It's like an online chat, but in a metaverse space."

Avatars can't run or sit down on the map, but their facial expressions change according to the emojis they choose. People can take screenshots of the meet-up. Within the meet-up, people can exchange PDF files or video files as they would in other online chatrooms. 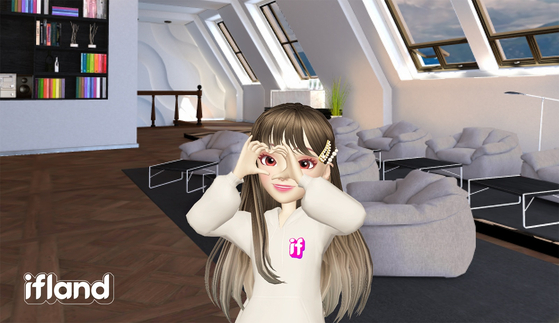 Users can enter a meet-up, a metaverse room, using their avatars and communicate with others using different facial expressions and body movements. [SK TELECOM]


SK Telecom will add new features to ifland in future updates. Text chats will become available soon and the app will also be offered on Apple's iOS by the end of August. It will also host various online events such as concerts, lectures and fan meet-and-greets with K-pop stars in the future.

When this reporter logged on to the service on Wednesday, numerous meet-ups were set up on the day of the app's release. One was titled "Psychology Consultation Center," where people shared their everyday worries with each other and gave consoling remarks. A user nicknamed Tomato said he wanted to quit his job, and others answered by asking questions like "How long have you been working there?" and "What's making it hard for you?".

Users can add each other to their friends list and follow them into the meet-ups they are inside. An alarm will let users know if their friends are online. The app will also send a notification if a meet-up they're interested in is about to open.

Anyone can create their own metaverse room by choosing one of the 18 ready-made themes. They include conference halls, an outdoor stage, a campfire or even a map of the popular video game League of Legends (LOL). The LOL map, one based around KakaoTalk's Ryan character and game publisher Nexon's Kart Rider were also available in the JUMP Virtual Meetup app.

“Armed with powerful content and social features that meet the needs and interests of the MZ Generation, Ifland is set to fully support users’ metaverse life,” said Jeon Jin-soo, head of the metaverse team at SK Telecom.