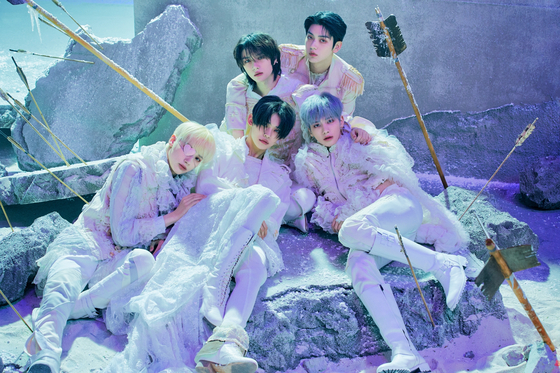 Tomorrow X Together’s first English song “Magic,” a bright, disco-pop track, landed at No. 39 on Billboard’s Pop Airplay chart this week, which ranks songs according to radio play, moving up one spot from last week.

“The Chaos Chapter: Freeze” is the first album in a new series in the band's discography, following the end of its “The Dream Chapter” trilogy (2019-2020).

Tomorrow X Together set to drop new album on Aug. 17