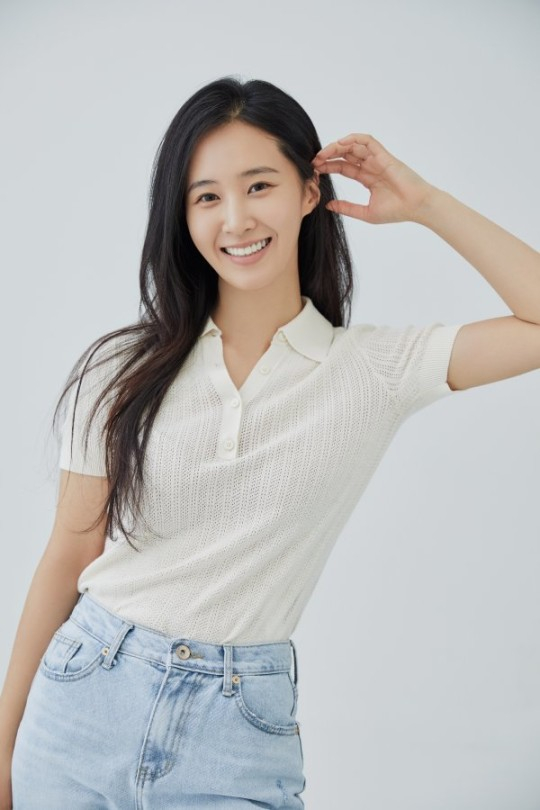 While she made her acting debut back in 2012 in the SBS television drama “Fashion King,” "Bossam" marked the first time for Kwon to take on a role in a historical drama.

Kwon rose to the occasion in her role as Yi Su-kyeong, or Princess Hwain, the widowed daughter of Gwanghaegun (1575-1641), the 15th king of the Joseon dynasty.

After filming wrapped, Kwon sat down with Ilgan Sports, an affiliate of the Korea JoongAng Daily last week and shared some memories of her time on set.

The show recorded a viewership rating of 9.8 percent as of the last episode, becoming the highest-ranking television series in MBN’s history.

The story follows Su-kyeong being mistakenly kidnapped by bachelor Ba-woo, played by actor Jung Il-woo. "Bossam” was the custom of remarriage in the Joseon period. The show had a happy ending when the finale aired on July 4, with Su-kyeong and Ba-woo promising each other eternal love.

During the interview, Kwon looked back on the days she spent filming the drama, from last fall until this summer. “There were lots of moments where I laughed or cried while playing Su-kyeong. I’m sad to see all those happy days come to an end.

“Historical dramas are one-of-a-kind. The makeup, costumes and setting help you get absorbed into character,” said Kwon. “What was interesting for me was how the fate of Ba-woo changed when he mistakenly kidnapped Su-kyeong. And seeing Su-kyeong develop over time into a progressive and adventurous individual who pursues a life of her own, really touched me.

“At first I didn’t think I had much in common with Su-kyeong,” added Kwon. “But as time went on, I realized that we had some similarities, like standing firm in our opinions. Still, there are lots of traits Su-kyeong has that I lack. I want to be kinder and more charismatic like her.”

Kwon attributes the improvement in her acting to her friends, including of course, the other members of Girls’ Generation.

“I think I was able to play the character well thanks to the people around me. The other Girls’ Generation members showed their support and joked about how I should have been born in the Joseon era because I suited the character so well.” 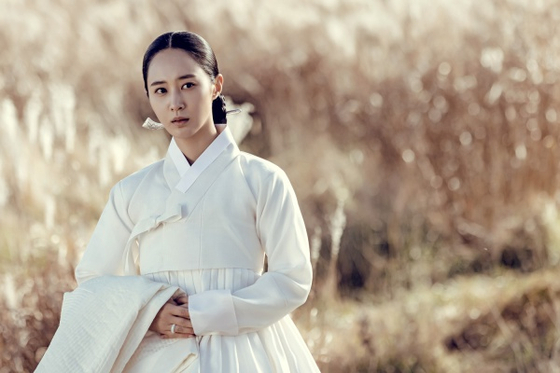 
Kwon also credited her co-stars with the success of the show. “This is Jung’s sixth historical drama, so he helped me look better on camera. I learned a lot from the deep conversations I had with [actor] Shin Dong-mi [who played Court Lady Jo, Su-kyeong’s lady-in-waiting] about acting. And the spontaneous acting of actor Lee Joon-hyuk [who played Chun-bae, Ba-woo’s friend] made the drama livelier and fuller.” Her list continued and she named each and every co-star she was thankful for.

To Kwon, “Bossam” was a turning point in her life. “It was an opportunity to grow as a person and as an actor. I was lucky to have worked with such good people, and I know this experience will grow into something better. It’s usually difficult to evaluate yourself objectively, but with our crew’s support I found some parts of myself I never knew before. I appreciate them a lot and I’m sure this show will remain a meaningful part of my life.”

Kwon explained that she wants to actively take on more challenges to discover new aspects of herself.

“From ‘Bossam,’ I learned that we can make good out of working together,” she said. “I’m trying to become more coordinated. Even if I face difficulties I want to learn from these experiences. Of course, it will be hard, but I’ll make sure they serve as a foundation for me to step forward. I want to make choices that make me a person with lots of personality.”

After debuting as a member of Girls’ Generation as a teenager, Kwon has seen great success, especially in her twenties. She reflected on her past as being composed of bright and sparkly memories, even if she was busy most of the time.

“I’m here where I am now because of those times,” she explained. “I am forever grateful for my fans and band members, for giving me such exciting experiences in my life. I don’t think my thirties will be too different, but I will always do my best in whatever I do and whenever I meet new people in upcoming works.”