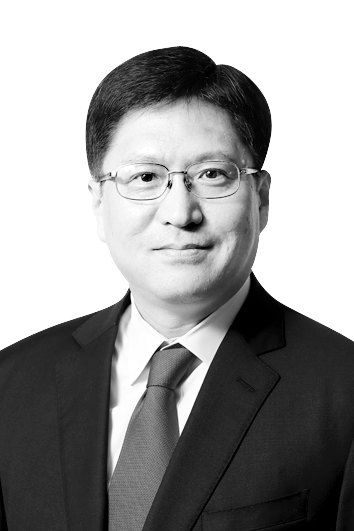 
Repeated pleas by small business owners for survival in tough times were of no use after the Minimum Wage Committee decided to raise the hourly wage to 9,160 won ($8) from 2022. The 5.1 percent increase in the wage owes much to the committee members who are chosen by the Minister of Employment and Labor and can be easily swayed by the government. The 5.1 percent hike for next year far exceeds the expected increases in consumer prices — a 1.8 percent surge this year and a 1.4 percent rise next year — projected by the Bank of Korea (BOK).

That’s a nightmare for the self-employed and small merchants across the country. The Korea Federation of Micro Enterprises said the wage hike will force its members to try to stay afloat by getting more loans from banks than before. “We cannot but lay off workers. In some cases, we must shut down our businesses,” lamented a representative of the business lobby group.

Owners of convenient stores in particular are vehemently opposing the wage hike. A group representing the outlets has declared that members will resist the hourly wage hike for 2022. “As we cannot afford such an increase, we should launch a civil disobedience,” a spokesperson of the group said. His comment reminds us of the famous essay with the same title by Henry David Thoreau in 1849. Convenience store owners have endured rapid wage hikes over the past four years by laying off part-timers and doing the job themselves. But they have reached the limit. In many cases, hourly earnings by owners are already lower than those of part-timers.

A minimum wage hike does not always benefit employees. It could be advantageous for hired workers, but not for those who lost — or are to lose — jobs due to dramatic wage increases. In economics, if prices increase, demand decreases. The labor market is no exception. Wage hikes lead to a reduction in demand for manpower. The most vulnerable will first become the victims.

Korea introduced the minimum wage system in 1988 — the year of the Seoul Olympics — when its economy enjoyed its biggest boom thanks to the three lows: low oil price, low interest rates and the low (weak) won. At the time, the minimum wage was applied differently based on the kind of jobs, with the wage fixed at 462.5 won for Group A and 487.5 won for Group B. Since then, it took five years until the hourly wage exceeded 1,000 won in 1993. It took eight more years until the wage topped 2,000 won in 2001.

In the early stages of the system, raising the minimum wage above the inflation rate did not pose a big problem as there was a strong social consensus on the need to elevate the living standards of low-income earners. If you compare it to a car, you could step on the accelerator for a while as the car had started at a relatively low speed. But if the speed of the car reaches a certain level, you must adjust the speed. Otherwise, it only increases the risk of accident.

That’s exactly what happened in the liberal Moon Jae-in administration after it embarked on escalating the minimum wage in tandem with the uncharted “income-led” growth.

The government says its wage hikes are not higher than the previous administration. But it does not make sense.

Our current economic situation is different from the 1980s and 90s, not to mention the early 2000s. In 2008, the central bank’s benchmark rate was 5.25 percent, but it has plunged to as low as 0.5 percent. If the BOK raises the rate to five percent as the economy slowly recovers, companies, small and large, can hardly stand it after borrowing much money from commercial banks.

First of all, the government must change the way the minimum wage is fixed. The Minimum Wage Committee has 27 members — nine from corporations, nine from labor and others representing public interest. Each year, companies and unionists have confronted one another, but at the end of the day, the third group representing public interest determines the wage. Members of the group are recommended by the Minister of Employment and Labor and approved by the president. As a result, standards for the minimum wage zigzagged whenever the government changed.

This is a sheer waste of national energy. That’s why the Korea Chamber of Commerce and Industry (KCCI), the largest business lobbying group in Korea, underscores the need to revamp the way the hourly minimum wage is determined. The KCCI demands the government to take into account objective indicators such as inflation rates and interest rates. Also, the government must consider applying the minimum wage based on regional or job differences. It must find a reasonable way to fix the hourly wage regardless of political interests before it is too late.

A rush to raise the minimum wage