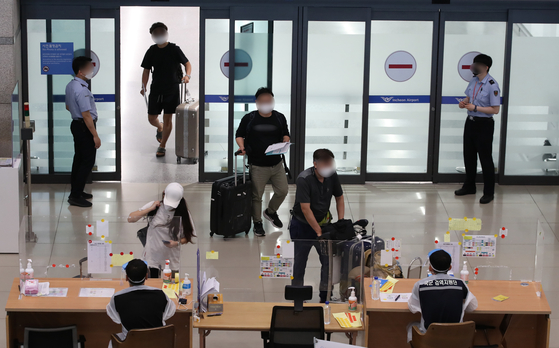 For the first time in more than a decade, more foreign residents left Korea than came here to live.

Korea has experienced a net inflow of foreigners since 2010.

The statistics agency said it was the sharpest drop since the data were first compiled in 2000.

This is a record for net inflow.

The statistics agency said the significant increase in returns was largely due to Covid-19.

“In the case of Koreans, most lived abroad to study or were sent by their companies, but as schools either suspended classes or converted to online closes and Korean companies ordered the return of workers, the total for those returning sharply increased while the number leaving declined sharply, resulting in a record net inflow,” Kim said.