Under a White Sky: The Nature of the Future

That man should have dominion “over all the earth, and over every creeping thing that creepeth upon the earth” is a prophecy that has hardened into fact. So pervasive are human impacts on the planet that it’s said we live in a new geological epoch: the Anthropocene.

In Under a White Sky, Elizabeth Kolbert takes a hard look at the new world we are creating. Along the way, she meets biologists who are trying to preserve the world’s rarest fish, which lives in a single tiny pool in the middle of the Mojave; engineers who are turning carbon emissions to stone in Iceland; Australian researchers who are trying to develop a “super coral” that can survive on a hotter globe; and physicists who are contemplating shooting tiny diamonds into the stratosphere to cool the earth.

One way to look at human civilization, says Kolbert, is as a ten-thousand-year exercise in defying nature. In The Sixth Extinction, she explored the ways in which our capacity for destruction has reshaped the natural world. Now she examines how the very sorts of interventions that have imperiled our planet are increasingly seen as the only hope for its salvation. By turns inspiring, terrifying, and darkly comic, Under a White Sky is an utterly original examination of the challenges we face.

Lights Out: Pride, Delusion, and the Fall of General Electric

How could General Electric — perhaps America’s most iconic corporation — suffer such a swift and sudden fall from grace? 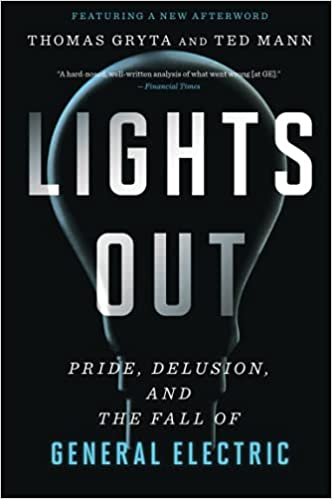 
This is the definitive history of General Electric’s epic decline, as told by the two Wall Street Journal reporters who covered its fall.

Since its founding in 1892, GE has been more than just a corporation. For generations, it was job security, a solidly safe investment, and an elite business education for top managers.

GE electrified America, powering everything from lightbulbs to turbines, and became fully integrated into the American societal mindset as few companies ever had. And after two decades of leadership under legendary CEO Jack Welch, GE entered the twenty-first century as America’s most valuable corporation. Yet, fewer than two decades later, the GE of old was gone.

Lights Out examines how Welch’s handpicked successor, Jeff Immelt, tried to fix flaws in Welch’s profit machine, while stumbling headlong into mistakes of his own. In the end, GE’s traditional win-at-all-costs driven culture seemed to lose its direction, which ultimately caused the company’s decline on both a personal and organizational scale. Lights Out details how one of America’s all-time great companies has been reduced to a cautionary tale for our times. 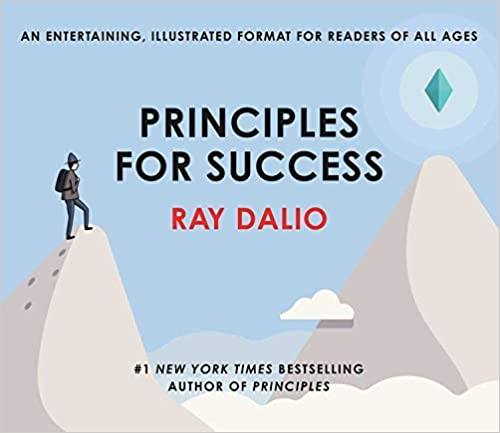 Principles for Success distills Ray Dalio’s 600-page bestseller, Principles: Life & Work, down to an easy-to-read and entertaining format that’s acces­sible to readers of all ages. It contains the key elements of the unconven­tional principles that helped Dalio become one of the world’s most suc­cessful people — and that have now been read and shared by millions worldwide — including how to set goals, learn from mistakes, and collaborate with others to produce exceptional results. Whether you’re already a fan of the ideas in Princi­ples or are discovering them for the first time, this illustrated guide will help you achieve success in having the life that you want to have.

From the bestselling author of Linchpin, Tribes, and The Dip comes an elegant little book that will inspire artists, writers, and entrepreneurs to stretch and commit to putting their best work out into the world.

Creative work doesn't come with a guarantee. But there is a pattern to who succeeds and who doesn't. And engaging in the consistent practice of its pursuit is the best way forward.

Based on the breakthrough Akimbo workshop pioneered by legendary author Seth Godin, The Practice will help you get unstuck and find the courage to make and share creative work. Godin insists that writer's block is a myth, that consistency is far more important than authenticity, and that experiencing the imposter syndrome is a sign that you're a well-adjusted human. Most of all, he shows you what it takes to turn your passion from a private distraction to a productive contribution, the one you've been seeking to share all along.

With this book as your guide, you'll learn to dance with your fear. To take the risks worth taking. And to embrace the empathy required to make work that contributes with authenticity and joy. 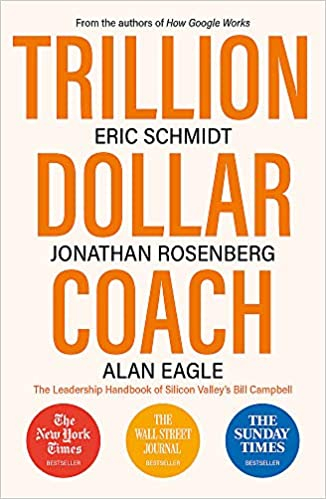 Bill Campbell played an instrumental role in the growth of several prominent companies, such as Google, Apple, and Intuit, fostering deep relationships with Silicon Valley visionaries, including Steve Jobs, Larry Page, and Eric Schmidt. In addition, this business genius mentored dozens of other important leaders on both coasts, from entrepreneurs to venture capitalists to educators to football players, leaving behind a legacy of growing companies, successful people, respect, friendship, and love after his death in 2016.

Leaders at Google for over a decade, Eric Schmidt, Jonathan Rosenberg, and Alan Eagle experienced firsthand how the man fondly known as Coach Bill built trusting relationships, fostered personal growth — even in those at the pinnacle of their careers — inspired courage, and identified and resolved simmering tensions that inevitably arise in fast-moving environments. To honor their mentor and inspire and teach future generations, they have codified his wisdom in this essential guide.

The Anthropocene Reviewed (Signed Edition): Essays on a Human-Centered Planet

The Anthropocene is the current geologic age, in which humans have profoundly reshaped the planet and its biodiversity. In this remarkable symphony of essays adapted and expanded from his groundbreaking podcast, bestselling author John Green reviews different facets of the human-centered planet on a five-star scale — from the Qwerty keyboard and sunsets to Canada geese and Penguins of Madagascar.

Funny, complex, and rich with detail, the reviews chart the contradictions of contemporary humanity. As a species, we are both far too powerful and not nearly powerful enough, a paradox that came into sharp focus as we faced a global pandemic that both separated us and bound us together.

John Green’s gift for storytelling shines throughout this masterful collection. The Anthropocene Reviewed is a open-hearted exploration of the paths we forge and an unironic celebration of falling in love with the world.


The Year of Magical Thinking 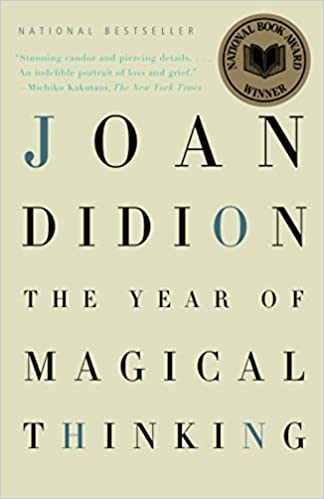 From one of America’s iconic writers, a stunning book of electric honesty and passion that explores an intensely personal yet universal experience: a portrait of a marriage — and a life, in good times and bad — that will speak to anyone who has ever loved a husband or wife or child.

Several days before Christmas 2003, John Gregory Dunne and Joan Didion saw their only daughter, Quintana, fall ill with what seemed at first flu, then pneumonia, then complete septic shock. She was put into an induced coma and placed on life support. Days later — the night before New Year’s Eve — the Dunnes were just sitting down to dinner after visiting the hospital when John Gregory Dunne suffered a massive and fatal coronary. In a second, this close, symbiotic partnership of forty years was over. Four weeks later, their daughter pulled through. Two months after that, arriving at LAX, she collapsed and underwent six hours of brain surgery at UCLA Medical Center to relieve a massive hematoma.

This powerful book is Didion’ s attempt to make sense of the “weeks and then months that cut loose any fixed idea I ever had about death, about illness... about marriage and children and memories... about the shallowness of sanity, about life itself.”