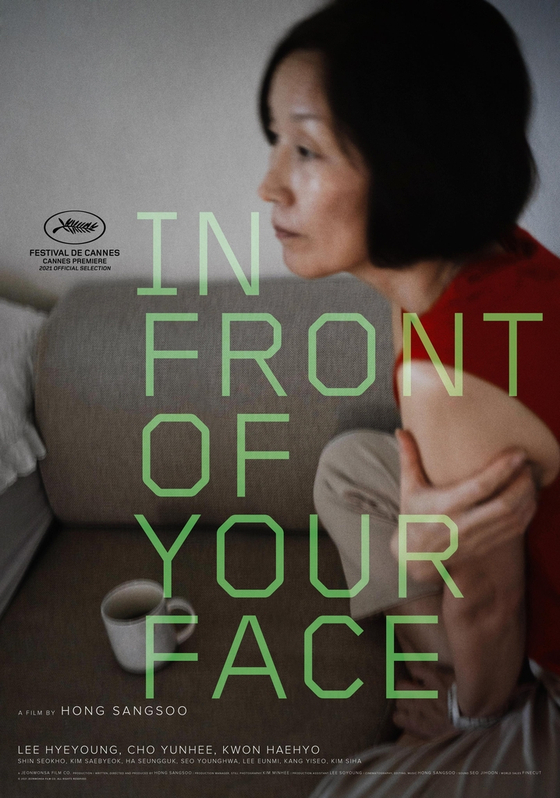 International poster for director Hong Sang-soo's ″In Front of Your Face.″ [FINECUT]


Even before its world premiere at the Cannes Film Festival, distribution rights for director Hong Sang-soo’s latest film “In Front of Your Face” have already been sold to several countries, according to local distributor Finecut which is in charge of the film’s overseas distribution.

The distributor signed contracts with several countries including the U.S., Britain, Brazil, Japan and Taiwan and is in the midst of closing deals with other countries as well.

Actor Lee Hye-young takes the lead in “In Front of Your Face,” Hong’s 11th film to be invited to Cannes. The film will premiere in “Cannes Premieres” on Thursday, a new section established this year dedicated to distinguished filmmakers.

Finecut also reported that distribution rights for the film “Midnight” was sold in 11 countries including France and Japan.

In Front of Your Face Hong Sang-soo Cannes