A thriller coming to theaters

A thriller coming to theaters 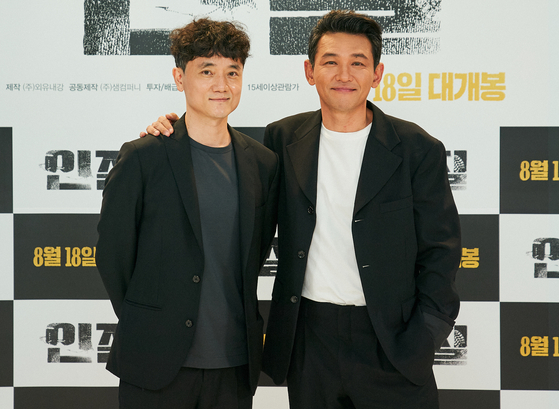 Director Pil Gam-sung, left, and actor Hwang Jung-min pose for the cameras during the online press conference for the upcoming thriller film “Hostage: Missing Celebrity.” The movie, a remake of the 2015 Chinese hit “Saving Mr. Wu,” follows a top movie star being kidnapped by strangers. It is scheduled for theatrical release on August 18. [ILGAN SPORTS]