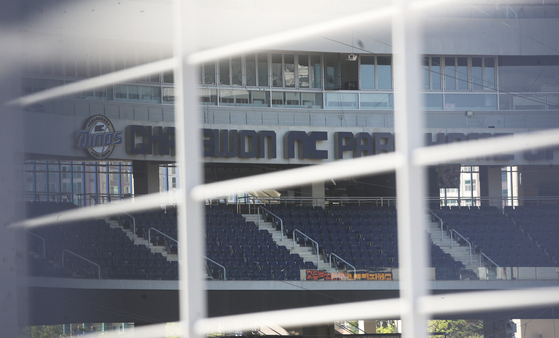 Changwon NC Park stands empty on Wednesday after the KBO was suspended due to a Covid-19 outbreak traced back to four NC Dinos players who broke Covid-19 regulations. [NEWS1]


The NC Dinos ended the 2020 season on top of the world, winning both the pennant and the Korean Series and capturing the hearts of fans around the world, both with their performance on the field and the life-size sword they used to celebrate the championship win.

This season things have taken a darker turn. The Dinos are not only struggling to make an impact on the field, but the team has also been caught up in a scandal after players broke Covid-19 social distancing rules, creating a Covid-19 cluster that forced the league to cancel a week of games. 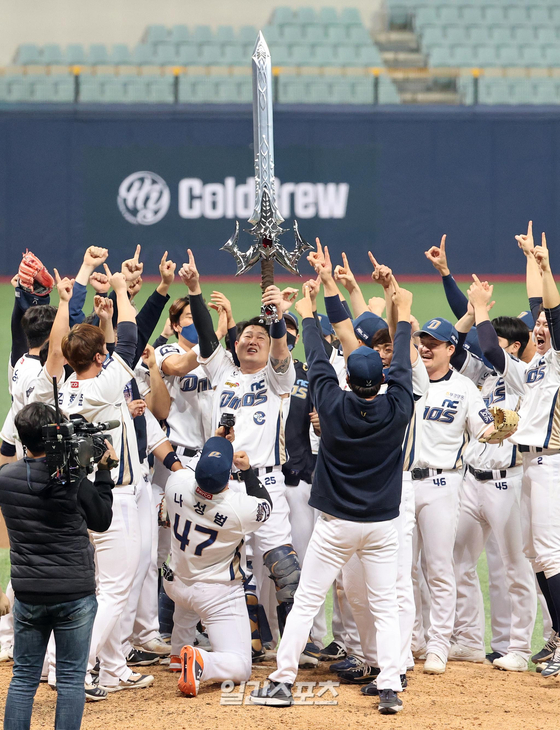 The NC Dinos celebrate after picking up a 4-2 victory against the Doosan Bears in Game 6 of the Korean Series at Gocheok Sky Dome in western Seoul in November, 2020. With the win, the Dinos took their first-ever Korean Series title. [ILGAN SPORTS]


The Dinos enter the Olympic break — which would have started on July 19 if it the recent outbreak hadn't pushed it a week early — in fifth place in the KBO, trailing 6.5 games behind the first-place KT Wiz.

For a team that dominated the league last year, ending the season 4.5 games ahead of the second-place Wiz and beating postseason juggernauts Doosan Bears in the Korean Series, fifth place is a disappointing place to be.

The 2021 Dinos are not a dramatically changed team from last year. Foreign starting pitcher Drew Rucinski and slugger Aaron Altherr stuck around for another season, and talismanic catcher Yang Eui-ji and outfielder Na Sung-bum remain the offensive powerhouses they always were.

Yet despite looking a lot like the championship team of 2020, the Dinos have slid down the table this year. The individual stats are still there — Yang leads the league in home runs and is second for batting average, Altherr is No. 4 on the home runs table and Rucinski is No. 2 in the league for wins — but the team stats aren't there.

Despite leading the league in slugging and OPS, the Dinos are fourth in the league for team batting average, at .273, and sixth for ERA, at 4.76.

Despite a few low stats, the Dinos are still well positioned this season. Their sluggers are still producing and they haven't fallen so far behind that the table is unassailable with 70 games still to play. Based on recent history alone, both the Dinos and the seventh-place Bears should remain a threat for at least the next month or two, always with the potential that either team could turn on a spectacular run and shoot up the table.

But the Covid-19 cluster could have lasting repercussions this season. The club's image has taken a serious hit, and as of press time it remains to be seen what kind of disciplinary measures the offending players will face.

Park Min-woo has already had to step back from the opportunity of a lifetime, stepping down from the Korean Olympic squad on Wednesday to be replaced by Kim Jin-uk of the Lotte Giants.

Dinos' General Manager Kim Jong-moon has been suspended and CEO Hwang Soon-hyun has apologized for the players' behavior, but the fallout is ongoing. The Gangnam District Office, which handles contact tracing for the area that includes the hotel where the players broke Covid-19 regulations, has reportedly asked police to investigate the players and their guests for allegedly giving false details during contact tracing.