Jeep to release new eco-friendly car every year in Korea

Jeep to release new eco-friendly car every year in Korea 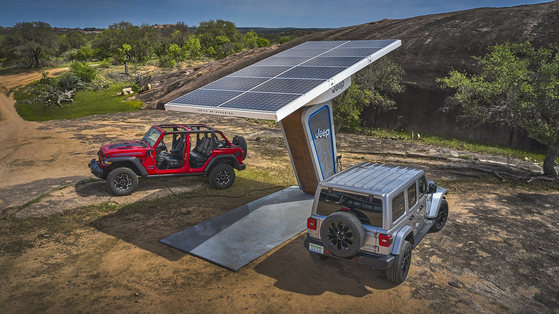 Two Jeep Wrangler 4xes are connected to a charger. The model is slated to launch in Korea in September at the earliest [STELLANTIS KOREA]

It pledged to bring at least one eco-friendly model, may it be all-electric or plug-in hybrid, to Korea every year starting in 2021.

The announcement comes after its parent company Stellantis revealed plans to invest $35.5 billion through 2025 in its shift to EVs.

The plug-in hybrid version of its flagship Wrangler midsize SUV, dubbed the Wrangler 4xe, is slated to launch in Korea in September at the earliest.

"Rather than waiting for the government to take action, we also will be very proactive toward pushing forward with electrification," said Christian Meunier, CEO of Jeep, in an online round table event held on July 14 with media from Asia-Pacific region.

"In Korea, Australia and Japan, we expect the electrification process will happen soon. Although the process is a bit slower than Europe and the United States, we can see the energy toward electrification going."

Jeep has had a strong year so far in Korea, delivering its all-time high half-year sales figure, at 6,000 cars, which is 41 percent more than the same period last year. The Wrangler midsize SUV accounted for 28 percent of sales, followed by the Renegade small SUV, at 24 percent.

Jeep's electric initiative in Korea is part of the American SUV brand's plan to achieve 70 percent of its global sales from electric models by 2025. The carmaker also pledged to introduce all-electric models in all SUV segments by the same year. 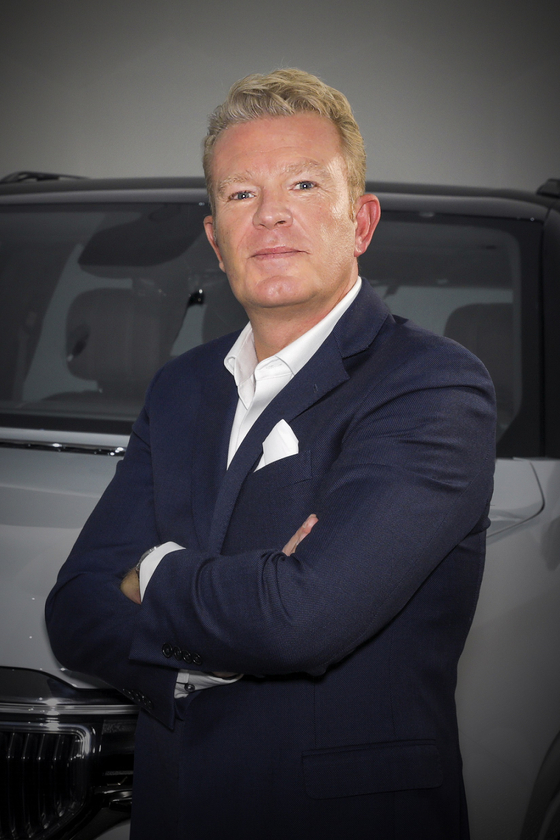 
"We are committed to make Jeep the greenest and most exciting SUV brand," Meunier said.

Jeep, which turned 80 years old this year, is known for its rough-and-tough off-road vehicles, having its root as the manufacturer of U.S. military vehicles. Electrification is not the first image that comes to mind when most people think of the brand.

Jeep says, however, that electric models will bring more opportunities to its cars in terms of performance, practicality and design.

"Instead of having a single source of powertrain, it can have four different motors and control each wheel differently and have whole new control of the vehicle," said Mark Allen, the brand's exterior design director, during the media event.

"Electrification also brings us the ability to move the big pieces around which will allow us for lower and shorter hood. It also brings to us more storage room such as the front trunk and I don't have to worry about the traditional cooling system."

The extended teaser video unveiled during the media event showed that Jeep's vision of future cars includes peer-to-peer charging between EVs and fully flat front seats on a self-driving EV so that passengers, presumably campers, can gaze at the stars while the autonomous car is on the move.

Jeep is scheduled to unveil the plug-in hybrid version of the Grand Cherokee at the 2021 New York International Auto Show in August.

Stellantis to bring nine models to Korea this year

Mercedes and Stellantis hit with fines for altering emissions data